Thoughts on Salesforce’s Acquisition of Slack

It’s a done deal: Salesforce has agreed to acquire Slack in a deal worth roughly $28 billion.

Here are my immediate thoughts.

JUST IN: Salesforce agrees to buy Slack for $27.7 billion in cash and stock in one of the biggest technology deals of the year https://t.co/4yTPQd5Lt3 pic.twitter.com/zxc5Vd0n18

The Deal Isn’t All That Surprising

In Slack For Dummies, I made a series of predictions about the future of Slack—the vast majority of which have come true. I’ll focus here on four: 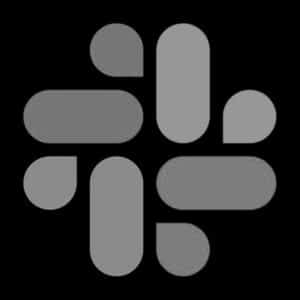 To be fair, most of these prognostications weren’t terribly outlandish. For example, just about every software vendor worth its salt is embracing artificial intelligence and machine learning. Slack is no exception here. (What can I say? I’ve learned a thing or six about enterprise technology in my years.)

In the book, I also floated the possibility that another tech company would acquire Slack. I thought that Apple would be a natural fit, especially since Tim Cook’s company is increasingly generating its revenue from services, not hardware. What’s more, both companies share a common design aesthetic.

From Chapter 14 of Slack For Dummies: 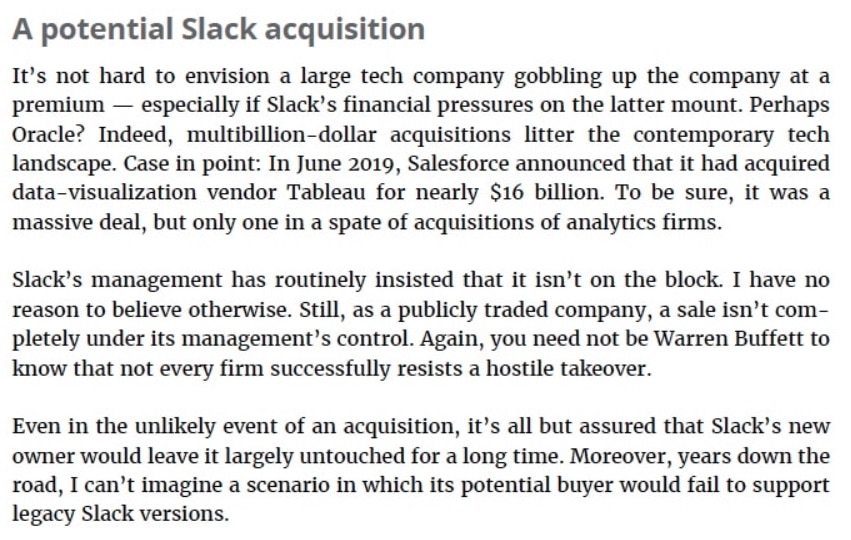 Ask Netscape’s former execs if competing with Microsoft is easy.

To my knowledge, Slack has not recently released new numbers on its daily active users. The word plateaued comes to mind. Its silence has been deafening. I’d imagine that growth has been underwhelming, especially given the explosion of remote work. Contrast that silence with Microsoft announcing that Teams now sports 115 million users.

Teams isn’t as good as Slack, but it’s tough to compete with free products.

Another data point: In July, Slack filed a formal complaint with the European Union over Microsoft’s bundling of Teams with Office 365. Brass tacks: Teams isn’t as good as Slack, but it’s tough to compete with free products, especially during challenging economic times.

What Will Change for Slack Customers and Users?

In the short term, not a whole lot—and history backs me up here. (See book excerpt above.)

Case in point: A little over a year ago, Salesforce gobbled up dataviz vendor Tableau for a shade under $16 billion. It’s not as if Tableau data visualizations stopped working for Microsoft Dynamics CRM. Marc Benioff is far too smart to start mandating wholesale changes in Slack’s user interface and core functionality.

In the upcoming months, I suspect that Slack will more tightly integrate with Salesforce. If you bought Slack’s stock a while back (as I did), you’re happy with your return.