The Journey Is the Reward 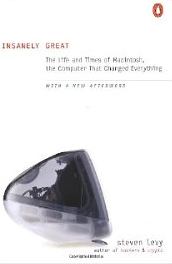 A few weeks ago, I read Steven Levy’s book, Insanely Great: The Life and Times of Macintosh, the Computer that Changed Everything(affiliate link). It’s a great read and I highly recommend it. As I was reading about how Steve Jobs motivated his team to build the Macintosh, he would often say, “The journey is the reward.”

The team members believed that they weren’t just “at work” or building a product. No, they were changing the world. The financial benefits and success of the Mac were anything but certain, but this didn’t stop them from churning out this revolutionary product. Although the Mac suffered from some pretty significant limitations related to memory and hard drive space, in many it was nothing short of a game changer.

Think about it: The journey is the reward.

But don’t let that stop you.

When I write a book, I have no idea about where I’m going, much less how I’ll get there. I’ve done TV, top-ticket radio and podcasts, and even cracked the top 100 on Amazon (albeit briefly). And, for all of those little victories, I have had my fair share of disappointments in the form of non-reviews, snubs, and even a negative review or two.

Yes, you ultimately have to monetize your efforts, but fame and fortune shouldn’t be your primary objective unless you want to be disappointed.

The journey is the reward.