Using Slack in the Classroom: A Case Study 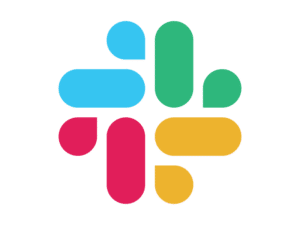 Professors teaching jam-packed survey classes face many challenges. To be sure, Introduction to Information Systems is no exception to this rule. At a high level, the sheer number of topics can overwhelm students—typically sophomores. From the professor’s point of view, teaching a dense, lecture-based course makes it difficult to regularly engage students. As I’ll show in this post, for this very reason, a tool such as Slack is indispensable.

Early in the course, I lecture the students on how computers, cloud computing, and the Internet work. There’s just no getting around these foundational topics and the need for classic lectures. Professors then cover how users work on their computers. If that sounds like a robust subject that’s tough to cram into a 50-minute class, then trust your instincts.1

In the past, I have demonstrated the basics of operating modern computers in a one-to-many way. Specific topics included:

Oh, and I had to do this on both Macs and PCs. Needless to say, it was a tall order and I wondered if there was a better way.

Slack in the Classroom

This past summer with a year of teaching the course under my belt, I thought about ways to turn this fast-paced lecture into an interactive exercise—one of the key tenets of my teaching philosophy. Many companies have had success with gamification, so I decided to start there. Why not pit the Mac users vs. the Windows’ users and turn the class into a game?

Why not pit the Mac users vs. the Windows’ users?

For instance, I explained the importance of performing routine maintenance on their computers. Some of them didn’t know that you need to do that—and, to be fair, I’ve met many professionals who don’t either. I then showed the students how to defrag a Dell hard drive. I then asked the Mac folks if their stylish computers could do the same. Of course, I knew the answer but I wanted them to show me and their classmates—not the other way around.

And here’s where Slack and Zoom proved invaluable. I started a Slack channel call via Zoom.2 In this case, a Mac user would join the call and share his or her screen with the class.

If Mac users didn’t know the answer to my question, then I would playfully tell them that they are using inferior machines.3 I would then give them hints on where to look until another student joined the call, shared her screen, and effectively took over the class to demonstrate. Make no mistake: I was an equal-opportunity provocateur. That is, I also gently needled PC users if they didn’t know how to do something that Mac users easily could.

I repeated this for a number of key computer functions including changing file extensions, creating multiple desktops, and many of the other topics I mentioned above. For example, regardless of which type of computer you own, you’ll at some need to search for files. Mac users can just invoke Spotlight. Windows 10 offers similar search functionality but, again, I wasn’t going to tell them that. I wanted them to show me—and the rest of their classmates.

I asked students via a Slack poll what they thought of the class. Most of them enjoyed the interaction and, dare I say, had fun.

For professors who say that Slack is the same as email, I guffaw. As this example shows, Slack allows us to engage with students in new and exciting ways. It can even help transform a standard lecture into an interactive in-class exercise.