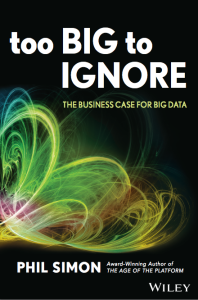 In many organizations, Human Resources (HR) remains the redheaded stepchild. Typically seen as the organization’s police department, HR rarely commands the internal respect that most SVPs and Chief People Officers believe it does. I’ve seen companies place poor performers in HR because they couldn’t cut it in other departments. How­ever, I’ve never seen the reverse occur (e.g., “Steve was horrible in HR, so we put him in Finance.”). For all of their claims about being “strategic partners,” many HR departments spend the majority of their time on administrative matters like processing new hire paperwork and open enrollment. While rarely called Personnel anymore (except on Mad Men), many HR departments are anachronistic: they operate now in much the same way as they did four decades ago.

My own theory about the current, sad state of HR is as follows: As a general rule, HR folks tend not to make decisions based upon data. In this way, HR is unique. Employees rely almost exclusively on their gut instincts and corporate policy. What if employees in other departments routinely made important decisions sans relevant information? Absent data, the folks in marketing, sales, R&D, and finance wouldn’t command a great deal of respect either. W. Edwards Deming once said, “In God we trust, all others must bring data.” Someone forgot to tell this to the folks in HR, and the entire function suffers as a result.

I wrote a book on botched IT projects and system implementations, many of which involved HR and payroll applications. Years of consult­ing on these types of engagements have convinced me that most em­ployees in HR just don’t think like employees in other departments. Most HR people don’t seek out data in making business decisions or even use the data available to them. In fact, far too many HR folks ac­tively try to avoid data at all costs. (I’ve seen HR directors manipulate data to justify their decision to recruit at Ivy League schools, despite the fact that trying to hire Harvard and Yale alumni didn’t make the slightest bit of financial sense.) And it’s this lack of data—and, in that vein, a data mind-set—that has long undermined HR as a function. As we’ll see throughout this book, however, ignoring data (big or small) doesn’t make it go away. Pretending that it doesn’t exist doesn’t make it so. In fact, Big Data can be extremely useful, even for HR.

Big Data can significantly impact each area of a business, including HR.

As the Wall Street Journal recently reported, progressive and data-oriented HR departments are turning to Big Data to solve a long-vexing problem: how to hire better employees and retain them. It turns out that traditional personality tests, interviews, and other HR standbys aren’t terribly good at predicting which employees are worth hiring—and which are not. Companies like Evolv “utiliz[e] Big Data predictive analytics and machine learning to optimize the performance of global hourly workforces. The solution identifies improvement ar­eas, then systematically implements changes to core operational busi­ness processes, driving increased employee retention, productivity, and engagement. Evolv delivers millions of dollars in operational sav­ings on average for each client, and guarantees its impact on operating profitability.”

Millions in savings? Aren’t these just lofty claims from a start­up eager to cash in on the Big Data buzz? Actually, no. Consider some of the specific results generated by Evolv’s software, as shown in Table I.1.

The lesson here is that Big Data can significantly impact each area of a business: its benefits can touch every department within an organization. Put differently, Big Data is too big to ignore.