What the Pandora Debate Teaches Us About Big Data 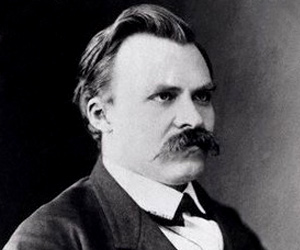 Do Pandora, Spotify, and other all-you-can-eat music sites properly value and compensate musicians for their work? Will these streaming services save the music industry or hasten its eventual demise? Let’s hope not. As Friedrich Nietzsche said, “Without music, life would be a mistake.”

If you care about the future of music, questions like these are incredibly important. Artists not paid for their work are less likely to write and record music. No, the members of Metallica and U2 are financially set for life (and have been for a long time), but what about their progeny? Will they be able to pay their bills as professional musicians?

Let this serve as the starting point for my recent interview with Marillion keyboardist Mark Kelly. By way of background, most people have never heard of his band, especially in the U.S. Nevertheless, Marillion has carved out an impressive niche for itself over the past three decades. Its fans (aka, Freaks) are among the most passionate and devoted in the world.

There’s enough data out there to justify just about any idea, product, service, or business.

When it comes to the fairness of streaming services, Kelly is no iconoclast. Plenty of other prominent rock stars share his views, most notably Taylor Swift. Of course, there’s anything but unanimity on the subject of royalties. Case in point: Radiohead frontman Thom Yorke recently decided to distribute his new album on BitTorrent via a “bundled paygate.” Yorke may not have only relinquished potential sales and royalties (as was his right); his decision may have also arguably devalued music further.

Kelly and I discussed these topics during our chat. He wasn’t speaking from some theoretical stance. The thorny issues around streaming and privacy affect his very livelihood.

Forget music for a moment. The larger point is that there’s enough data out there to justify just about any idea, product, service, or business. This is both good and bad. I’m all for collecting, interpreting, and acting on data, but there’s a limit. Many people spend too much time on the first and too little on the last. (Read: paralysis by analysis.) As I told Dorie Clark on Forbes:

Contrary to what some people believe, intuition is as important as ever. When looking at massive, unprecedented datasets, you need some place to start. Intuition is more important than ever precisely because there’s so much data now. We are entering an era in which more and more things can be tested.

The tide has certainly shifted. Today, major corporate decisions without any data behind them are often viewed as irresponsible and destined to fail. So, spend the next decade collecting data, right?

Not even close. The law of diminishing returns applies to data as well. At some point, recognize that you’ll never be able to collect all relevant data. If you’re not sure about where to start, fret not. Plenty of partners can help organizations get their arms around new, complex data sources.

The era of Big Data has not brought about an end to uncertainty.