A spate of dumb tweets has been making the news of late. First, there was the Justine Sacco train wreck. By now, you’ve probably seen or at least heard of this gem: 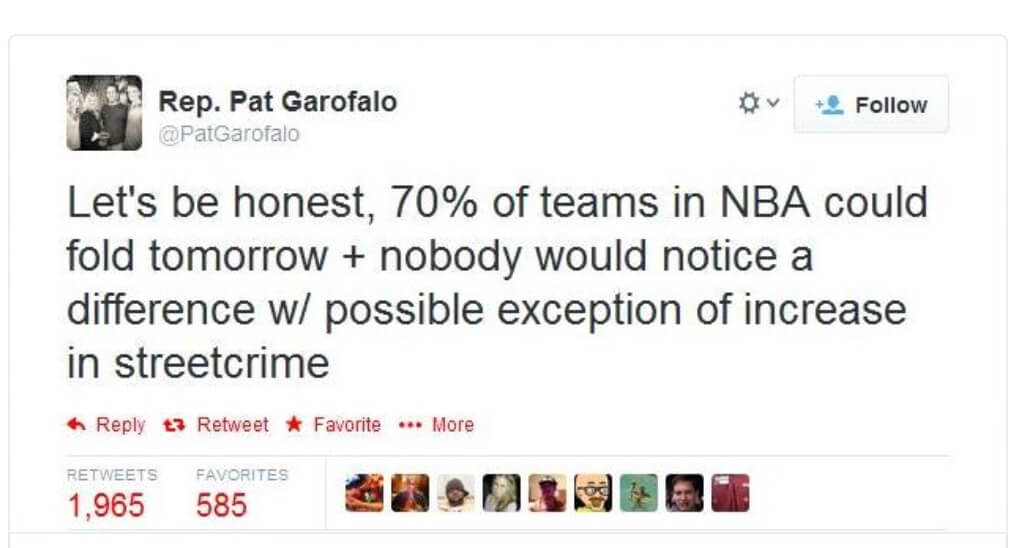 Yes, it’s by a US Congressman. Maybe you’ve even read his rather tepid apology:

In the last 24 hours, I’ve had the opportunity to re-learn one of life’s lessons: whenever any of us are offering opinions, it is best to refer to people as individuals as opposed to groups. Last night, I publicly commented on the NBA and I sincerely apologize to those who I unfairly categorized. The NBA has many examples of players and owners who are role models for our communities and for our country. Those individuals did not deserve that criticism and I apologize. In addition, it’s been brought to my attention that I was mistaken and the NBA policy on drug enforcement is stronger than I previously believed. Again, I offer my sincere apologies for my comments.

The problem with Garofalo’s tweet is two-fold. First, someone in his position ought to be a bit more careful with his words. Hire an intern who understands “the Twitter” if you don’t. The second problem is more fundamental: He was factually incorrect, as a subsequent Deadspin piece manifests. The graphic below is from Do NBA Players Really Get Arrested More Than Usual? (No, Stop This). 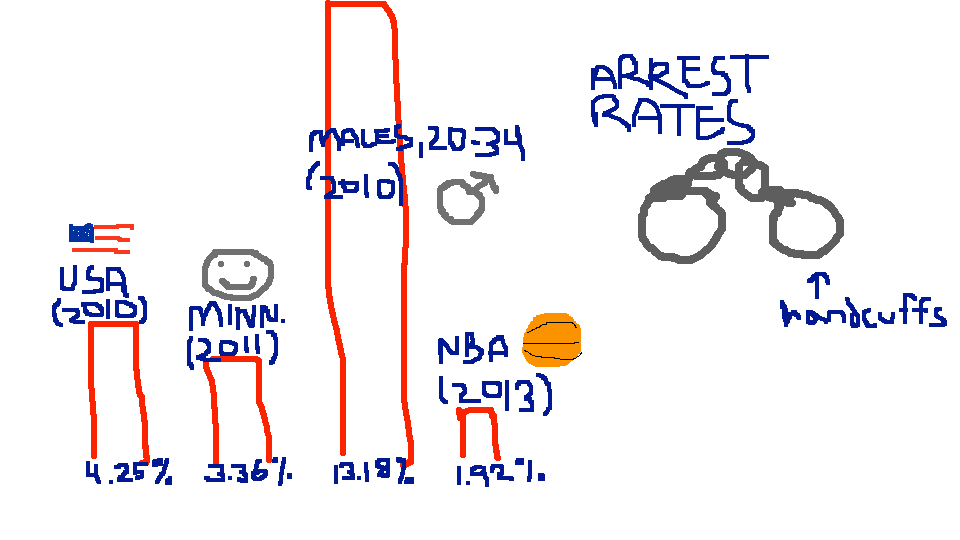 In point of fact, the incidence of arrests among NBA player is much, much lower than a series of cohorts. Of course, arrests of John Q. Public typically don’t make national or regional headlines. (See availability bias.)

People have always said dumb and politically correct things. That won’t change anytime soon. The difference today is distribution. Read: it’s never been easier to concurrently say them to billions of people.

No, Big Data won’t eliminate racism and ignorance. It does, however, make it easier to disprove highly suspect claims in an equally public forum.

Data is increasingly becoming the judge, jury, and executioner.