My alma mater interviewed me about the school, the new book, and a few other topics. Here’s an except: 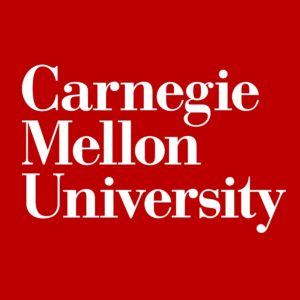 Phil Simon (DC’93) received his degree in policy and management. Since then, Simon has built an impressive career as a technology consultant working to help companies optimize their use of technology. He has written five books, including 2011’s “The Age of the Platform.” He also frequently gives talks on technology and has contributed to Inc. Magazine, NBC, CNBC, The Huffington Post, Fast Company, BusinessWeek, the New York Times and many other top media outlets. Simon’s latest book, Too Big To Ignore: The Business Case for Big Data, will be published in March.

Dietrich College News recently talked to Simon about his career and how he worked with several people with Carnegie Mellon connections for his upcoming book.

Your book that will be published next month focuses on Big Data. What is it about Big Data that companies don’t understand?

Who from Carnegie Mellon did you work with on Too Big To Ignore: The Business Case for Big Data and what did they contribute?

In the course of my research, I came across the work of Tom Mitchell, head of the Machine Learning Department at Carnegie Mellon. I quote him in the book. As I write in the book, “Computer model predictions based on historical evidence represent ‘one of more positive trends we’re going to see this century,’ he says. ‘We’re just beginning.’” I also gave some props to CMU’s data science program.

For informally, fellow Tartan Scott Berkun (MCS ’94) has been a valued friend and source of inspiration for me over the years. Early in my writing career, he answered many of my questions and I read his blog frequently.

Your Twitter bio (@philsimon) says that you “focus on the intersection of people, management, and technology.” What exactly do you mean by that?

All of these are levers to achieve the same business end: lower costs, increase profits, innovate faster, and the like. It’s never about one thing. Take an organization with “perfect” technology but a dysfunctional corporate culture. I’d bet against that company any day of the week. The best companies understand that everything works as a system. In my writing, speaking, and consulting, I try to focus on those elements—and how they interact.

Thoughts on the lessons that the school imparted, critical thinking, and the interdisciplinary nature of higher education.