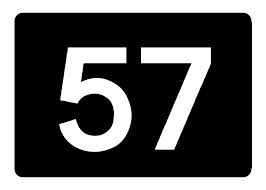 According to documents related to Facebook’s public filing, this is the percentage of the company’s voting power controlled by Mark Zuckerberg.

Common? No, but not unprecedented.

Dangerous? I don’t think so.

The most successful companies today are increasingly run by their founders. They are not democracies. Committees don’t rule the land.

And it is the passion of these leaders that motivates others. Key employees stay because they believe in what the founder is doing. It often keeps soon-to-be millionaires from cashing out although, in Facebook’s case, expect more than a few “regretted departures” in the near future.

The most successful companies today are increasingly run by their founders.

I wish Scott Thompson of Yahoo! all of the best, but I lost count of how many people have run the company over the past ten years. Founders bring something different, something special to their companies. Their visions are often the right ones. Witness Steve Jobs, Larry and Sergey, and Jeff Bezos.

I’m hard-pressed to think of too many examples in the last five years of a savior CEO who flew in to resuscitate a moribund company.