The Case for Guidelines Over Rules

In 2001, I was working for Lawson Software (since acquired) on a project in New York City. One Friday, I routinely submitted my expense report that included travel and meals. My total expenses for the week fell under $200 since I lived in New Jersey and commuted daily into The Big Apple. Yet, next week, my manager rejected my expenses. The reason? My lunch one day cost a staggering $18. Evidently, that broke some rule and I had some ‘splaining to do.

Now, go to lunch one day in Manhattan, but skip the posh restaurant. Let’s say that you’re pretty hungry. Even at a take-out place more than a decade ago, you would easily drop at least ten bucks on lunch, and $20 is not out of the question with a beverage with delivery charges and tips.

Punishing the Many for the Sins of the Few 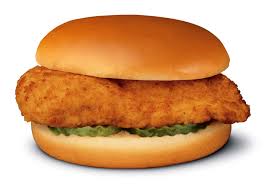 The rule in question was bogus. It doesn’t take an economist to realize that lunch in NYC costs far more than lunch in Omaha, NE. And what if an employee skipped breakfast? Isn’t it reasonable to conclude that one big meal should supplant two normal-sized ones? (Interesting backstory: Lawson’s silly lunch rule stemmed from one ethically questionable employee’s decision to routinely “max out” his lunch expense by buying cases of bottled water to take home with him every day until he was caught.)

Eventually, my manager approved my lunch expense. He knew that I was a big eater, not a scammer. What’s more, he realized that our collective time was more valuable than debating just how much a grilled chicken sandwich cost.

Ah, rules. Lovely rules. Where would most companies be without them?

It’s a subversive question in many organizations, a sign that you don’t know how to play ball. But it’s often a very good question to ask. After all, rules often don’t accomplish what they set out to do. (See the law of unintended consequences.) By trying to articulate exactly what is and what is not permitted, organizations allow for massive loopholes, not to mention a general feeling of “management doesn’t trust us” by the rank and file.

It’s usually more effective to convey general principles that govern our behavior. So argues Dov Seidman in his excellent book How: Why How We Do Anything Means Everything.

Rules often don’t accomplish what they set out to do.

It turns out that a few companies have realized the inefficiency of trying to write a rule to manage everything. Brazil’s Semco S.A. is perhaps the most extreme example of this since it forgoes traditional management, relying upon employees to use their own discretion. Semco is hardly alone, though. In How Netflix Reinvented HR, Patty McCord details the company’s über-progressive view on policies:

We also departed from a formal travel and expense policy and decided to simply require adultlike behavior there, too. The company’s expense policy is five words long: “Act in Netflix’s best interests.” In talking that through with employees, we said we expected them to spend company money frugally, as if it were their own. Eliminating a formal policy and forgoing expense account police shifted responsibility to frontline managers, where it belongs. It also reduced costs.

Of course employees will occasionally exploit guidelines, but isn’t it easier and more efficient to deal with the two or three percent who do violate them as needed?

I wrote this post as part of the IBM for Midsize Business program IBM has paid me contribute to this program but this post doesn’t express IBM’s positions, strategies, or opinions.