An Interview With Steve Rothery 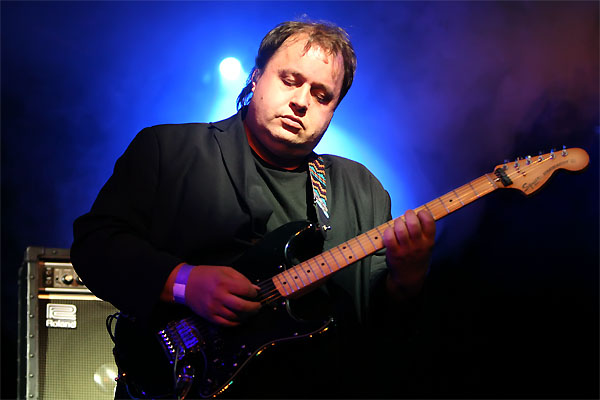 Steve Rothery is a founding member of the English band Marillion. Known for his sparse, atmospheric playing style and emotive solos, he is one of my very favorite guitarists. Over the years, Rothery has served as an inspiration to untold numbers of fans and musicians. And his talent doesn’t stop there. While not playing, he often takes beautiful photographs.

I recently sat down with him to talk about his forthcoming solo record, The Ghosts of Pripyat, among other subjects. “Ghosts” will also feature guest performances from esteemed musicians like Steve Hackett, Dave Foster, Leon Parr, and Yatim Halimi.

As is increasingly popular these days, Rothery is funding the project on the crowdfunding site Kickstarter. As of this writing, Rothery has already crushed his funding goal. (Marillion fans are a loyal bunch.)

To watch a sample his band playing at the Plovdiv Guitar Festival, see below: