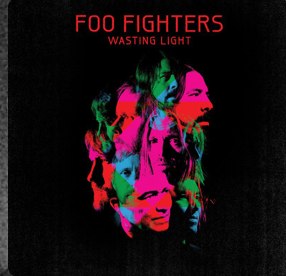 The Foo Fighters (one of the best bands of the last fifteen years) have a new album coming out on April 12. It’s called Wasting Light and, as I write this on April 2, the album can already be easily stolen on many bit torrent sites. For years, technology has allowed people to steal music, movies, and books with relative ease. To be honest, I grabbed a few songs back in the Napster heyday.

Realizing that this would happen eventually, the band was proactive and posted the album for listening only on its site–and announced it to the world. Here’s the tweet:

Yeh, Redditors, we leaked our own record. You like that? https://bit.ly/fa2I5U

I’m not going to claim moral superiority over the thieves. Some have even made specious legal claims about why it’s actually legal. The courts have rejected them en masse but, as we continue to see, judges cannot keep up with the dizzying pace of technology these days.

If you steal music, I’m not going to be able to convince you to stop. But do us all a favor? Stop complaining about high ticket and memorabilia prices at concerts–or just watch videos on YouTube. These artists have to make money somehow and, with the erosion of so much of their revenue base, it’s completely reasonable for artists to make money however they can. If this means $150 concert tickets for average seats, then so be it.

Do the Right Thing

Support your favorite artists by buying their creative works, folks. If you want them to keep making music, pony up like you should.