There are many things that just don’t make sense to me that should. I’m not talking about MacGuyver trivia, how to tap dance, or 18th century French philosophy. I expect to be clueless about those things. I’m talking about things in my general sweet spots.

Oh, sure. I have my own theories, but there’s a big gap between thinking and knowing. To paraphrase Brandt in The Big Lebowski, “Well Dude, I just don’t know.”

How can major publishers expect authors to pay for PR firms and their own ads?

So, my readers, acolytes, followers, and Tweeps, I present to you a new series of posts. In it, I’m going to be examining these modern day mysteries. I have two goals for this series and each post in it:

Today’s focus is the publishing world–a topic that will probably get me in a decent amount of trouble.

Before beginning, though, perhaps I should read a book like This Business of Books: A Complete Overview of the Industry from Concept Through Sales by Claudia Suzanne. One problem, though: the book was written in 2004 and I don’t see how that book isn’t at least partially dated at this point.

No matter. I’m pretty sure that I can get better answers to these questions by crowdsourcing than by reading yet another book.

Before unveiling the first mystery, a little background is in order for those of you not familiar with the economics of the publishing industry. Publishing houses expect authors to do the lion’s share of the marketing and promotion of their books. At the same time, publishers keep about 90 percent of the royalties, at least for non-rock star authors like me. Rock star authors have better deals–and perhaps they should. People who keep churning out best-sellers are pretty much sure things.

With that out of the way, yesterday I actually saw a large ad in this week’s BusinessWeek Robert’s Rules of Innovation by Robert F. Brands. I assumed (incorrectly) that his publisher paid for the ad. Nope. Brands himself did. I don’t know what the magazine charged him, but I’ll bet you a coke that it was easily in excess of $3,000 USD.

Here’s what I don’t understand. How can major publishers expect authors to pay for PR firms and their own advertisements?

I ask this question because I have been told that I would have to foot the bill for these things, even though most of the proceeds from those expenditures would not go to me. What’s more, I not unique here. Since becoming an author last year, I’ve probably met or spoken to 40 other authors who, by and large, have the same question. 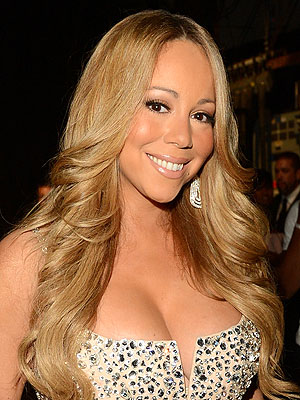 Along these lines, I have one more question: Wouldn’t publishers be better off by doing fewer books?

Let’s do some simple math here. Let’s say that a major publisher puts out 20 books per month and can’t effectively market any of them. The publisher relies on a few authors to hit the jackpot. In essence, the “winners” finance those whose books lose money. This is not unlike a VC firm betting on ten companies, hoping that one hits it big.

Wouldn’t publishers make more money if they did half as many books and actually marketed them effectively? Think about the time and expenses involved with publishing a book, detailed pretty extensively here.

If you think that marketing doesn’t matter and that the cream always rises to the top, I encourage you to read the story about Maria Carey’s rise to fame, detailed in Greg Kot’s excellent book Ripped: How the Wired Generation Revolutionized Music. Let’s just say that we only know who she is because key people in the music industry (including her ex-husband) spent millions of dollars telling us who she is.

OK. Enough browbeating publishers for now. How is it that Amazon.com can charge more for the Kindle edition of The Next Wave of Technologies than the hard copy? I assume that my book is not alone here. There are something like 480,000 books on the Kindle as of this writing and I don’t have access to a database to write what is probably a very simple query.

While this anomaly may be temporary, doesn’t it violate every basic rule of economics? The marginal cost of making a digital copy available is effectively zero; physical books do not follow that law.

I’d love to know what I’m missing here. Am I just being simplistic or dense?