Review: Sounds That Can’t Be Made

The English band Marillion just keeps plugging along. Guitarist Steve Rothery, keyboardist Mark Kelly, bassist Pete Trewavas, drummer Ian Mosley, and vocalist and jack of all trades Steve Hogarth are back with their seventeenth studio album, Sounds That Can’t Be Made, the subject of which I discussed with Hogarth on this site a few weeks ago. (To watch the entire video interview, click here.) 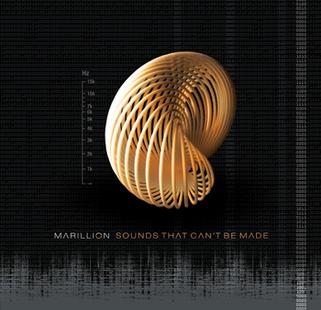 Sounds was finished at Real World Studios, and Kelly has remarked that working there let the band regroup and gave them a fresh perspective. The eight-song album debuted at number 43 on the British album chart.

I’ve listened to the album about 20 times now and here’s my review. In short, fans will not be disappointed. Sounds is a melodic and challenging album worth seeking out, the band’s most complete effort since 2004’s Marbles.

The first track, “Gaza”, is a layered and ambitious 17-minute song with many stops and starts. The subject is equally ambitious: in the Middle East. It’s no surprise that the song has engendered quite a bit of controversy. In expectation of this maelstrom, the band included an explanation of the song’s intent next to the lyrics. Rothery has called “Gaza” the most important track the band has ever written. In Hogarth’s words, “Temporary for over 50 years now, Gaza is today, effectively, a city imprisoned without trial.”

The haunting title track, “Sounds That Can’t Be Made” features one of the album’s high points: Rothery’s emotive guitar solo. It sends chills down my spine. “Pour My Love” is originally based upon based a John Helmer lyric from the band’s Holidays in Eden era. The song has a classic Marillion feel, espeically with Rothery’s rhythm guitar.

“Power” begins with a grooving bass lines by Trewavas and has really grown on me. The lyrics to the slow, epic, and powerful “Montreal” come right out of Hogarth’s diary. “Invisible Ink” offers some beautiful introductory chords by Kelly before morphing into a more of a traditional rock-and-roll song. The simple lyrics of “Lucky Man” underlie incredibly moving music. (The song is my personal favorite of this album.) Musically, it evokes images of “The Last Century for Man” from the band’s 2007 album Somewhere Else.

“The Sky Above The Rain” again features melodic chords and notes by Kelly. In the song, Hogarth tells the personal story of a complex relationship with an ultimate message of hope.

At a high level, there’s plenty in Sounds to keep traditional Marillion fans happy. At the same time, though, lyrically and musically the band continues to evolve.