Microsoft's latest version of its flagship product is coming soon. Does it matter? 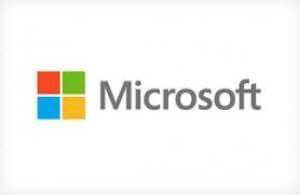 Most office types use Microsoft office because they have to, not because they want to. A Wired story confirms what I’ve long suspected. Forget Microsoft’s other lines of business. Office alone is enormous. Microsoft “holds more than 90 percent of the business productivity software market.” This results in more than $20 billion in annual sales.

That’s all fine and dandy, but I’d still argue that the company’s success with Windows and Office is a mixed blessing. To some extent, the company can’t get away from it because it’s too successful.

Moreover, most of use Office because we have to, not because we want to. And it’s that very fact that has driven a good portion of Microsoft’s complacency over the years. The Age of the Platform and the Consumerization of IT mean that choice abounds. No longer is Office the only game in town among those who have a choice.

Whether Office 2013 is amazing (and I’ve heard good things) or awful, chances are that you’ll eventually have to use it, whether you like it or not.

Frenemies Microsoft The Age of the Platform Yammer