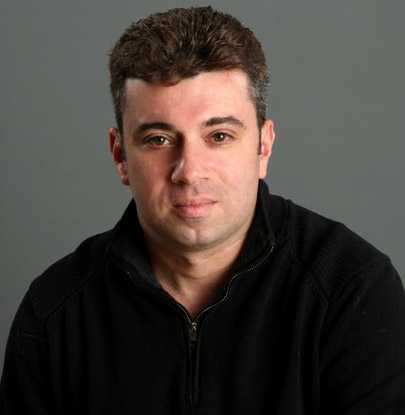 Jay Miletsky wears many hats and, quite frankly, I wonder if he ever sleeps. For one, he is the CEO, Executive Creative Director at Mango! Marketing, working with clients such as Hershey’s, Kraft, JVC, Washington Mutual, StreetGlow, United Health, and others. He’s also an accomplished author of ten books (making me feel lazy), contributor to my second book, friend of mine, and like me a fan of Porcupine Tree.

In this guest post, Jason discusses the relationship between traditional marketing and social media. The floor is now his.

I wish I had been alive when TV began to infiltrate the American home and take its place as the entertainment center around which friends and family congregated. I wish I were there to measure the sentiment of marketers at the time, and see if the general belief was that this new technology—this new media—would ultimately banish the radio into oblivion, and cause printing presses to shut down and rust over.  If that was the sentiment back then, it didn’t last very long. Inevitably it became clear that, rather than replace print and radio, TV would become an integral component of a larger media mix that and a more powerful means for brands to reach their consumers.

Today, all of these methods, now lumped together into a general category called “traditional marketing,” are once again fighting off a new potential threat to their relevance.  Judging by the behavior of many anxious marketers, it would seem as though the rise of social media precludes the fall of all other efforts, as though the entire marketing industry is on a see-saw, with social media on one side and traditional marketing on the other.

But in all of the (completely warranted) excitement over social media, what many marketers haven’t realized yet is that it’s not an evolution of marketing: it’s an entirely new method.  In order to qualify as an “evolution,” a new technology has to do all the following:

We don’t use sundials any longer because mechanical clocks replaced them as the more efficient tool for tracking time.  Similarly, the computer replaced the typewriter, programs like Photoshop and AutoCAD replaced the drafting table, and digital cameras replaced film cameras.  In each of these instances, new technology has made their predecessor obsolete because they achieved the same or better results, quicker, easier, and/or faster.

Social Media as a Marketing Supplement

In fact, social media is profoundly different in its methods and accomplishments. As such, it can be a useful and necessary partner to traditional strategies, rather than a replacement for them.  Traditional efforts reach consumers by maximizing impressions—traditional marketing or PR campaigns are funded, launched, and received by consumers via TV, radio, print, or other such methods in ways that don’t allow for two-way communication.  The objective is to increase the number of impressions. More impressions means the following:

Eventually, the message loses its effect, or the campaign budget runs dry, and the number of impressions falls until the next campaign.

Engagement is not a replacement for impression-based marketing,

Social media, on the other hand, is not an impression-based communications platform.  While marketers want their tweets and online messages to be seen by as many people as possible, the primary thrust of these efforts is to maintain ongoing communication or active engagement with audiences through two-way conversation. Social media is more active and ongoing, steadily growing through regular non-campaign specific communication that reaches beyond marketing to include PR and even customer service.  It provides consumers with a voice, and can create long-lasting, close-knit bonds between brands and their markets.

Engagement, therefore, is not a replacement for impression-based marketing, but an adjunct to it.  As marketers begin to realize that traditional and social media can live an work together, their strategies (and their brands) will reap the rewards not of a new evolution, but of a powerful new hybrid marketing approach whose sum is far greater than its parts.

What do you think of Jason’s perspective?