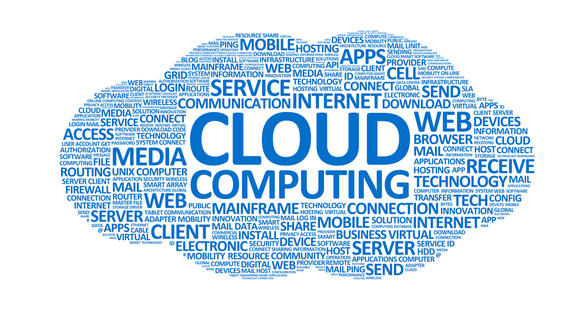 A few years ago, I bought $AAPL near its zenith. True to form, my small purchase singlehandedly sent the stock into an amazing downward spiral, at one point hitting $375. Although the stock has rebounded as of late to $630 before splitting in June at 7:1, it’s still a relatively cheap stock by conventional measures (read: P/E ratio).

Investor sentiment shifted at some point, perhaps fueled by concerns over whether CEO Tim Cook could sustain the success of his iconic predecessor. Innovation (or perceived lack thereof) is of particular concern to many would-be Gordon Gekkos. After all, what significant new product has Apple introduced after the iPad? Tweaks to iPhones don’t count. (Fair point.) What’s more, some wonder if Apple really gets cloud computing. It hasn’t launched a competitor to Amazon AWS, Microsoft Azure, and Google’s cloud.

A look at the numbers, though, reveals that Apple generates billions of dollars from cloud computing every year. And that number has increased seven-fold in the last eight years. The following chart by Horace Dediu displays Apple revenues from cloud-based products and services: 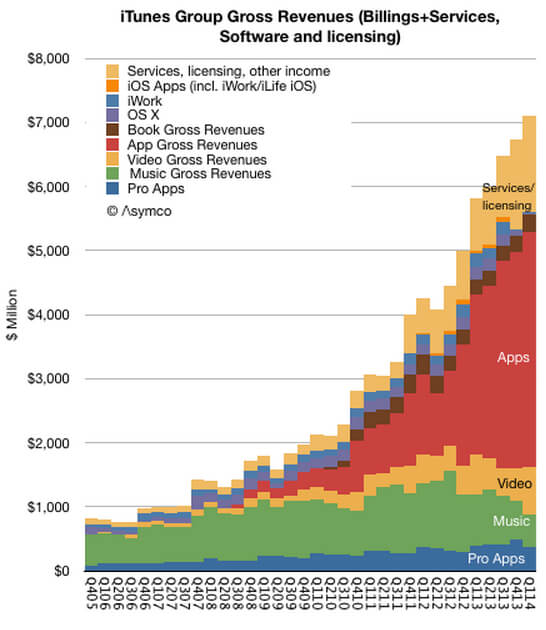 Dediu continues: “Not getting the cloud” means that in the last 12 months Apple obtained:

The statistics are amazing and only serve to strengthen my belief that Wall Street has been just plain wrong about Apple over the past two years.

Forget the Numbers. Look at the Direction.

I don’t dispense investment advice for a living. You are better off throwing darts at a board than making bets based on thoughts on the mercurial beast that is the stock market. I do know a thing of 30 about technology, though. To that end, there’s a great deal to learn here, although it’s unfair to compare just about any company to Apple. We’re talking about one of the largest, most influential companies in the world.

Don’t think of cloud computing as a discrete “IT project.”

The chart above displays revenues generated via cloud computing by category. (Licensing revenue has taken off like a rocket ship.)

To be sure, these are massive numbers, but even they obscure the total impact of cloud computing at Apple. Consider that they ignore what must be considerable savings from using cloud-based tools internally.  Brass tacks: Apple understands the import of cloud computing as much as any company, not that that alone explain its remarkable success.

Put differently, Apple proves that a company is never finished with cloud computing, at least for the foreseeable future. Don’t think of it as a discrete “IT project” that goes live or a report that needs to be written once. Think about ways to do more.

Is your organization doing more with cloud computing today it was five or two years ago? Are there plans to deploy even more cloud-based applications?