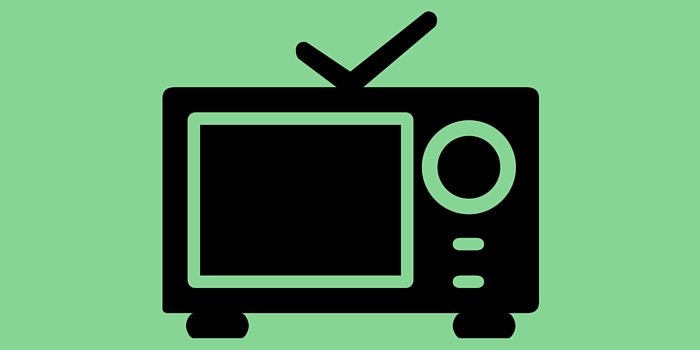 If there’s any industry ripe for disruption, it’s television. Cable TV companies have long help near-monopolies in local markets, often angering customers with fees and a general lack of choice. It’s no coincidence that more and more people are looking at ditching their TVs altogether for less expensive and more flexible options.

Enter BrightContext, a startup with big plans to disrupt television. By embracing platform thinking, Big Data, social media, and cloud computing, the company is poised to shake things up.

I recently sat down with my friend, co-founder John Funge, to talk about the industry, his exciting new company, and the future of television.

You’ve thrown yourself headlong into the real-time Internet world. Why?

We are living through a unique convergence of technological and market shifts. On the technical side, cloud computing in combination with new data storage technologies is enabling massive-scale applications that just a few years ago would have been thought prohibitively expensive–if not impossible.

From a user perspective, pervasive network connectivity, smartphones and tablets have untethered computing from desks. At the same time, services such as Twitter are training users to expect real-time information to be pushed to them. These trends are fundamentally shifting user expectations.

So end user expectations for real-time features are increasing at just the same moment that back-end technology innovations are making large-scale, real-time interactivity possible. The opportunity is huge.

How does BrightContext fit into this new world?

Before BrightContext, my business partner and I built a company, Pickle.com. Scripps Networks—the folks that own Foodnetwork.com, HGTV.com, and a few other cable networks—ultimately acquired Pickle.

While at Pickle, our team managed the social and UGC platforms across Scripps’ properties. So we had this amazing opportunity to work at the intersection of social media and television as things like Facebook and YouTube were becoming mainstream – all from the perspective of inside a major TV company. Having spent years working in this context and thinking about the future of television, it took only a few minutes after the iPad was first released for us to realize that one of the major uses of the iPad was as a “coffee table computer”—and that it offered an amazing channel to provide experiences and content complementary to the linear programming.

We quickly realized a perfect storm of trends was colliding, buoyed by the iPad. These trends were going to quickly enable rapid innovation with respect to interactive television. As we continued to drill into different social TV app ideas and use cases, we realized at the center of most all of them is this hard real-time data challenge. Specifically, how do you enable the potentially millions of people watching a TV broadcast to talk back and interact with each other in real-time? It’s a hard technical problem that until now hasn’t really had a good solution. That’s the genesis of the BrightContext platform.

As we got further into the problem, we realized that we were solving something much broader than just social TV. Rather, we were solving a basic problem that applies to real-time applications in general. It’s still very early in the development of the real-time Internet. As real-time interactivity in apps becomes mainstream, the demands for tools to process real-time data and power instant data communications within apps will grow immensely.

What does this mean to me as a user?

Over time, we see websites and mobile just becoming more and more “live.” You’ll get notified instantly of changes in status or updates. Imagine sort of the way that Twitter works, but pervasively throughout everything. Basically, data subscribe and push will become as prominent as the request-respond approach that has dominated the Internet for the last two decades.

From the perspective of business users this will mean that anywhere there is fast-moving data in an organization there will be an increasing emphasis on deriving instantaneous insight and reacting more quickly. For example, if an ad campaign isn’t performing well, it will be addressed right away. If a product on a store shelf stocks out, the inventory will be replenished faster. Or better, the stock-out won’t ever happen. If a student is taking longer to solve certain types of problems, teachers will intervene sooner with more customized reinforcement. The list goes on and on. You can see how real-time technology will enable a whole mind-shift about speed-to-insight and responsiveness.

Looking a bit further out, as more and more devices like your power meter will be connected to the Internet, there will be a geometric increase in the amount of real-time “status” information available to us. One of the big challenges will be to filter and sift through all this data and make valuable use of it.

The shift will be big and has the potential to touch almost every website and app.

You recently selected to present at TechCrunch’s Disrupt Event. What makes BrightContext disruptive?

The BrightContext platform is quite disruptive. First, we’re radically lowering the barriers to entry to a specialized technology that to date has been the purview of only places like the CIA, Twitter, and big Wall Street banks. Our easy-to-use API, web-based tools, and cloud model will open up a whole new opportunity landscape to developers.

Second, in addition to re-writing the economics of an existing technology market, the BrightContext platform is enabling whole new categories of apps. For example, a few years ago, it would have been thought virtually impossible to let the entire TV audience for an NFL game predict the next play, play-by-play throughout the game using their smartphones or ipads. With BrightContext, that’s relatively easy.

Where do you see the market in five years?

Over the next five years we will see the next chapter of growth of the Internet, mobile, and social media technologies. As I described above, real-time will be one of the defining trends over this period. Users will expect information to be contextually relevant, timely, and pushed to them instantly. We sometimes call it the “Twitterification” of the Internet – keeping in mind, of course, that Twitter is just the tip of the iceberg.