The Explosion of Platform Books

Prior to the release of The Age of the Platform in 2011, nearly all of the research on the topic of modern-day platforms was confined to economics textbooks and articles in obscure academic journals. Put differently, at least to my knowledge, The Age of the Platform was the first mainstream business book to address not only the platform as the most important business model of the 21st century, but the Gang of Four: Amazon, Apple, Facebook, and Google.

To this extent, it’s fair to call the book a seminal text, as a few reviewers have. An Amazon search on “platform books” reveals a burgeoning body of current and future work on the topic. Alternatively, consider the following visual that represents a striking number of related and/or derivative books: 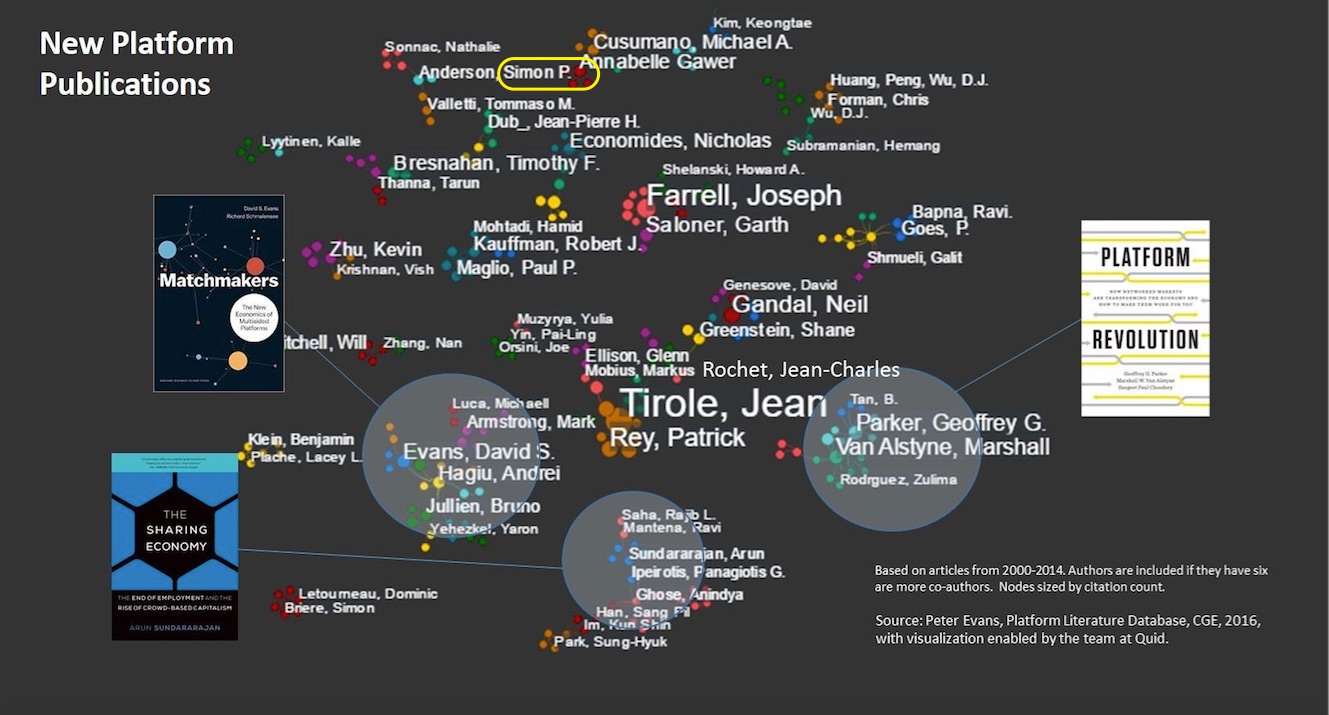 As I wrote in the foreword to the book’s revised edition (published in mid-2013):

“Almost 18 months after its initial publication, The Age of the Platform remains to my knowledge the only book on the topic, although some recent texts have touched upon some of its key themes. I suspect that many more will.”

It’s fair to call The Age of the Platform a seminal text, as a few reviewers have.

This wasn’t exactly an earth-shattering prediction—and this was before self-anointed platforms such as Uber, AirBNB, and other darlings of the On-Demand Economy started to gain steam. (They are not true platforms à la Amazon, Apple, Facebook, Google, WordPress, Twitter, etc., but that’s a discussion for another time.)

I don’t view other texts as copycats or knockoffs for several reasons. First, there’s a great deal more to say on the topic than any one book or mind can accommodate. Second, change happens faster than ever. Platforms are anything but static. Third and on a purely selfish level, the fact that so many other intelligent authors and thought leaders have recognized the importance of platform thinking—five years after the publication of The Age of the Platform—validates the central thesis of my book.

Brass tacks: Despite its undeniable entrance into the pantheon of business buzzwords, platforms matter—and that isn’t changing soon.

As I move closer to taking a break from long-form writing for a while, it’s comforting to know that at least one of my books hit the nail on the head.