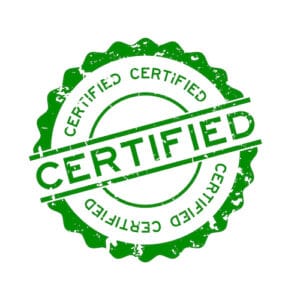 In August of 2000, I joined the now-defunct Lawson Software as an application consultant. Based upon my background using the PeopleSoft HR and Payroll suite (yes, I’m dating myself) on the client side, Lawson’s management thought that I’d be able to learn its equivalent offering. After I did, I could teach public and private courses, consult clients, and ultimately more than justify my salary, bonus, and benefits. They weren’t wrong.

To its credit, Lawson didn’t just throw promising folks like me into the deep end to see if they could swim. Rather, I entered a three-month certification program, including making my first voyage to its Minneapolis headquarters. (Fun fact: Many buildings there are connected via a skyway system. This makes winter runs possible and more interesting than normal.) I took my training seriously and obtained my certification in ten weeks. 💥

I suppose that I’ve got an innate ability to grasp enterprise systems.

I’ll give myself some props for completing the program early and passing the exam of my first attempt. (I suppose that I’ve got an innate ability to grasp enterprise systems, but I digress. Thank you, Carnegie Mellon.) Still, I harbored no illusions: My new certification didn’t equate to solving critical, real-world problems for clients under the gun to meet hard deadlines.1 Theory ain’t practice. I didn’t know my ass from my elbow, but that didn’t matter. My managers would tout my certification bona fides when selling my consulting services.

Fast-forward to 2010 or so. I knew the Lawson HR/Payroll suite cold. I had logged my 10,000 hours, give or take. More than 90 percent of the time, I’d answer client questions without blinking an eye. Even some senior Lawson consultants would ask me arcane application questions.

Beyond that, I had taken it upon myself to learn the back end—that is, the database tables. In fact, I could draw much of the ERD from memory. As such, I could create sophisticated reports that few application consultants could.

Brass tacks: My knowledge of the application easily exceeded that from nearly a decade ago, but something hampered my efforts to land certain gigs: I no longer worked for Lawson. As an independent, I technically wasn’t certified. In some people’s eyes, that made hiring me risky. In a way, newbie me from 2000 was safer—if not better than—the version of me with a decade of experience under his belt.

Welcome to the world of enterprise software.

Although Lawson no longer exists, the certification game is alive and well. Preferred vendor lists and the “no one ever got fired for hiring IBM” mind-set can make things difficult for independents like me. Way it goes …

Simon Says: Certification is neither necessary nor sufficient.

Make no mistake: All things being equal, compared to their uncertified counterpart, certified consultants probably represent the better bet. Merely being certified, however, is neither necessary nor sufficient for knowing your shit. Remember that axiom the next time you are thinking about bringing in an outside expert.