Phil Simon is a provocative, informative, and engaging keynote speaker.

Over his career, he has riveted more than 35,000 people in over 350 talks in eight countries on a wide variety of topics.

Phil Simon is a provocative, informative, and engaging keynote speaker. Over his career, he has riveted more than 35,000 people in over 350 talks in eight countries on a wide variety of topics.

Phil is an engaging speaker with the rare ability to make what may seem dry, complex topics both compelling and entertaining.

Organizations hire me to give dynamic talks about collaboration, platforms, technology, analytics, Big Data, communication, and other topics.

Ideally, in-person talks raise the level of discourse. They should set the tone for the conference, seminar, or corporate event. How do they do this? By provoking, inspiring, and informing their audiences. Click on the expandable toggles to learn more. 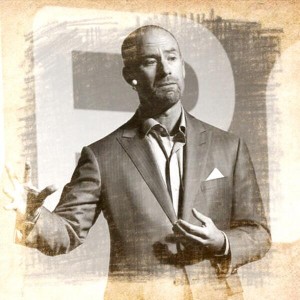 I have been speaking in public forums for nearly two decades. At grad school, I worked as a teaching assistant for three of my four semesters. Yeah, I had to convince a bunch of college sophomores that 19th-century English labor economics was interesting–on Friday mornings, no less.

Talk about a tough crowd.

After grad school, I started teaching classes and leading workshops as part of my job. While I worked in corporate HR at CapitalOne, I was the go-to guy for performance-management seminars and new-hire sexual harassment training. At Merck and Lawson Software, I frequently taught people how to use different applications, perform upgrades, and the like.

Since 1995, I have given more than 350 talks, speeches, presentations, and workshops to approximately 35,000 people on three continents and in eight countries, including Canada, Mexico, South Korea, Puerto Rico, Brazil, and Argentina.

Over the past five years, I have effectively changed careers–even though I continue to work for myself. Up until 2008, I worked as an enterprise system consultant. The travel and internal politics were starting to wear on me, though. I felt that it was time for a change. Beginning in 2009, I began the move to writing, keynote speaking, and thought leadership. In the process, I have spoken at plenty of universities, companies, associations, private events, and public conferences.

These days, I speak about a bouillabaisse of topics, usually book-related. I don’t write short books and, at least for me, a talk is never about a single, narrow subject. I don’t give boilerplate presentations to my clients. I work with them ahead of the event to ensure that I’m speaking about what they want–and, often just as important, avoiding what they don’t.

It’s a privilege to be on stage in front of people. Period. Attention is an increasingly rare commodity. It amazes me when I see speakers taking their audiences for granted.

You can judge speakers by the quality of their slides. I’ve never seen a good speaker reference visual eyesores such as these:

Do you want speakers who create slides like these representing your conference or event?

Slides should be as spartan as possible. Period. They should accentuate speakers’ points, not confuse the audience.

How can you tell the difference? How do you really know if an audience is paying attention to the person on stage?

It’s usually to pretty easy to determine if attendees are really engaged. Ask yourself if they are looking up at the speaker or down at their devices? (Sure, some people may be tweeting, but most of the time they are doing something else.)

Here is a one-page document that provides an overview on my speaking practice.

In Defense of Using PowerPoint in the Classroom

The Pros and Cons of Teaching Back-to-Back Sections

The Relationship Between Jargon and Credibility

How to Build a Culture of Analytics

The Foolishness of Relying on Social-Media Numbers

The Vicious Cycle of Conference Mediocrity

Communication Failures at the Collision Conference

For professional speakers, pricing is more of an art than a science. There’s simply no magic formula to determine how much to charge for a talk, seminar, or workshop. That doesn’t mean, however, that I just pick a number out of a hat or random number generator. Against that backdrop and in no particular order, here are some general rules of thumb that I use when quoting my speaking services.

Note that all of these include the proviso “all else being equal.”

BOOK ME TO SPEAK