Zoom For Dummies is the definitive guide on the über-popular suite of collaboration tools that is keeping more than 300 million people connected in unprecedented times and transforming how they work.

About the Book ℹ️

A brief summary of Zoom For Dummies.

For years, holding a videoconference or sharing your screen with a colleague was maddening. We could put a man on the moon, but we couldn’t seem to get videoconferencing and basic collaboration right.

At least until now.

More than 300 million people have seen the light in the form of Zoom, the world’s hottest suite of collaboration tools. Zoom For Dummies shows you how to get the most out of Zoom. Discover how to hold group video calls, install time-saving apps, engage your audience with interactive webinars, dramatically improve the way that you communicate and collaborate with your colleagues, and much more.

If the following SNL skit below hits all too close to home, then Zoom For Dummies is for you.

A quick and hopefully funny overview of the book.

Short- and long-form musings on the book, the tool, and the problems they both solve.

Announcing My Next Book

Ruminations on the Future of Work

Zoom Tip #5: Zooming in on Yourself

Zoom Education at the Bank

Publication of Zoom For Dummies

Why I’m Psyched about mmhmm

Excerpt from Zoom For Dummies

Win a Copy of Zoom For Dummies

57 pages of Zoomy goodness from the new book.

Popular questions about the book.

Is Zoom For Dummies just about how to hold meetings?

No, the book coves all of the tools in the Zoom suite. The longest chapter in the book focuses on Zoom meetings, but there’s plenty of non-meetings material in Zoom For Dummies.

I enjoyed the book. Do you offer Zoom training for organizations.

How does Zoom For Dummies differ from the other Zoom books out there?

Well, I haven’t read all of them, but I can say the following without fear of accurate contradiction. First, Zoom For Dummies is far more comprehensive than those texts. Some of them come in at a mere 80 pages. Second, my book reflects the most current state of Zoom’s tools. Again, other books on the topic are at least several years old.

Do with that information what you wish.

I already use Zoom. Would Zoom For Dummies benefit me?

I’m biased here, but the answer is yes, yes yes! Odds are that you’re not familiar with every Zoom feature, option, and setting. I’d be astonished if experienced users don’t learn a great deal from Zoom For Dummies.

Zoom made a bunch of changes during its 90-day feature freeze. Does Zoom For Dummies reflect those changes?

Yes. I specifically wrote the meetings and security chapters towards the end of the writing process to ensure that the book would be as accurate as possible upon release.

Is Zoom For Dummies a book for regular users, admins, or developers?

As I’ve said many times, when you try to write a book for everyone, then you write a book for no one. In the case of Zoom For Dummies, I focus on the first two constituencies. At a few points, I mention resources for developers. Still, those who want to build their own third-party apps will have to look elsewhere.

Were Zoom employees involved in the writing of the book?

Yes. I shared early versions of key chapters with senior Zoom folks. In some cases, they clarified points that I could have made clearer. Make no mistake: This feedback was invaluable in the end.

Can I find this in bookstores?

Depends on the store.

What people are saying about the book.

You can’t make everyone happy, but reviews are largely positive: 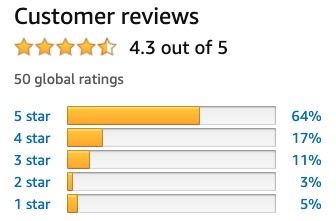 Getting the most out of Zoom.

For Better or Worse? 63 experts share what they’ve learned from the coronavirus, where we go from here, and why we should care

I appear on The Virtual Excellence Show with @rossdawson talking about Zoom and Slack.

Need a quote or want to do an interview?

Looking to buy a bunch of copies for employees at your organization at a discount?

Millions of employees will be working from home for the forseeable future, if not indefinitely. Examples abound. As for schools, fall reopenings may or may not happen—and many colleges and universities will adopt alternating student schedules for in-person classes. Some that planned for holding in-person classes are quickly reversing course.

Brass tacks: Zoom isn’t going anywhere. In fact, its import will only increase for the foreseeable future.

To this end, I’m happy to help facilitate bulk transactions at a discount.

Known Issues with the first printing of the book.

It would be naïve of me to think that none slipped through the cracks, especially since this book happened so suickly. I’ll ensure that the publisher fixes any errors in the book’s second printing.

We should be able to get these fixed in the book’s fourth printing.