Zoom Third-Party Apps Have Exploded in the Last Year. Here’s Why. 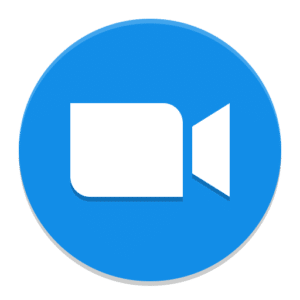 In April of 2020, I was knee-deep researching and writing Zoom For Dummies. Back then, users could easily extend Zoom’s native functionality. With a few mouse clicks and depending on their plan and roles, they could install roughly 200 third-party apps. Calendar scheduling and call transcription via Otter.ai were just a few examples.

In absolute terms, 200 was and is impressive number. Relatively, though, not so much. Zoom’s developer community lagged far behind those of Slack and Microsoft. For instance, Slack sported an array of two thousand third-party apps. In my book’s chapter on the future of Zoom, I predicted that the number and types of apps would mushroom. 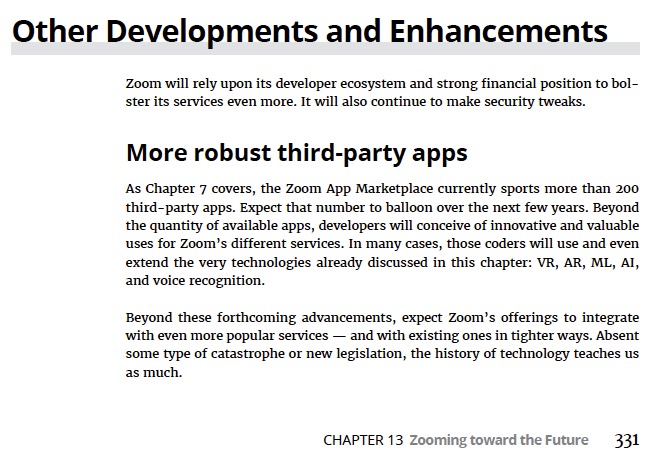 This past Friday, Zoom announced that it had cracked the four-figure app threshold.

I could see Zoom gobbling up Zoho.

You’re correct. Sadly, though, most people seem to view Zoom solely as a videoconferencing tool with cat filters. As I write in Reimagining Collaboration, nothing could be further from the truth. In fact, Zoom has become something far more powerful: an internal collaboration hub à la Microsoft Teams, Slack, Google Workspace (rebranded from G Suite), and others. (Interestingly and as a friend of mine recently pointed out, Zoom can be both a hub and a spoke.)

The breadth of Zoom’s apps illustrate this key point. They fall into the following buckets:

Looking into my crystal ball (couldn’t resist), it’s not hard to connect the dots. First, with internal collaboration hubs, expect more and deeper integration with third-party apps to come. Its recent SDK announcement only cements this prediction. This is especially true for Zoom. Second, don’t be surprised if Zoom goes shopping à la Citrix and Salesforce. With its stock at stratospheric levels, I could see Zoom gobbling up Zoho to bolster its core offering.