My iPad Dealbreaker: No Multi-Tasking 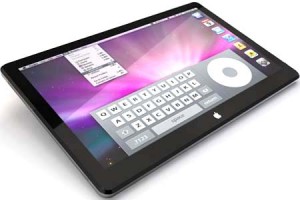 The iPad has been out for over a week now and it’s time for me to chime in. I’ve seen the demos, read the reviews, and watched in general amazement as Apple seems to have done it yet again.

In this post, I’ll give a brief description of why it’s not for me …yet.

You give up a lot with the iPad and you don’t get much in return. You lose multi-tasking which is a huge deal for me. I can’t listen to music while I write this. That alone is a showstopper for me. Plus it’s slow as a computer. The apps run slow and so is the browser. That could be my Wifi but my MacBook runs on the same Wifi network and there’s a noticeable difference in the speed of browsing between them.

There’s no way that I’d be able to give up listening to music while working or reading. So much for “one” device.

Given this pretty significant limitation and the “openness” of the development community, one would think that someone would try to introduce an app to enable multi-tasking.

It turns out that somebody has, and Apple doesn’t like it. From TechCrunch, check out what Apple did to a developer who tried to crack the multitasking nut:

Alas, Cupertino has now rejected the app for “contradicting the iPad’s user experience”, whatever that means (I guess Apple doesn’t want even a hint of multi-tasking on the iPad until they decide to add support for it). Hong has swiftly made the code for the app open source on GitHub, enabling other developers to compile it for themselves and/or their social circle.

Dashboard on iPad from Rich Hong on Vimeo.

For me, the lack of multi-tasking is a deal breaker and I can’t justify buying one. Perhaps I’m too hyper to do only one thing at a time, but the device’s main limitation is enough to make me wait, matter how visually appealing it looks.

Never buy the first version of anything.