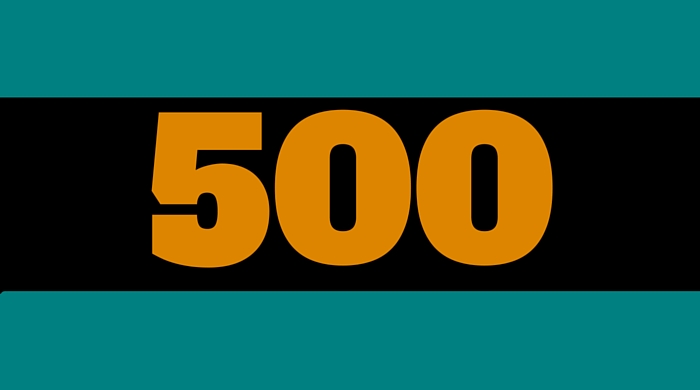 In a world where I feel so small

Note: This is the 500th post on my site. Golf applause.

As a writer and netizen, I think about the demise of big ideas quite a bit. These days, we consume content as quickly as possible. 140 characters. Texts. Alerts. 30-second YouTube videos. Shorter books or, better yet, summaries of shorter books.

And there’s absolutely nothing wrong with this type of content. I consume and even generate a great deal of this type of tactical material myself. I get it. We’re busy. Really busy. We just don’t have the time to spend on longer works.

But there’s a downside to culture that generally embraces “less is more.”

Often lost in all of this is the big idea, the in-depth work that many people consider inaccessible. Far too many of us don’t give the big idea a chance. The prevalence of the “long is bad” mind-set results in people systematically ignoring quality works just because they’re, well, too long. I’m talking about many 17-minute songs. The TV show that doesn’t resolve everything in 22 or 45 minutes, like Breaking Bad. A movie like Memento that you have to watch several times to even begin to understand it. The 600-page book that, in fact, needs to be that long because of its ambitious scope.

At a high level, there several types of business books—not counting biographies and company profiles. First, there are books that offer a series of tactical tips that further some specific aim: speaking better, using social media effectively, cleaning your house, or whatever. Many books do this. They tend to have titles or subtitles with numbers in them—e.g., 100 Ways to Do This or The Five-Step Program to Do That.

And this is fine.

The second type—and the one that I vastly prefer—is those books that start with a big idea or theory that explains an important trend and doesn’t tell readers precisely what to do. These books don’t necessarily lay out specific steps for the readers. Chris Anderson’s books, Free and The Long Tail, do this exceptionally well. So do Malcolm Gladwell’s texts. While I wouldn’t presume to compare myself to them as writers, big ideas were at the core of my last two books.

I would rather fail with a big idea than succeed with a small one. Rush did the same thing in 1976 and it worked out pretty well for the band.

In case you want to hear “Caravan”, knock yourself out.