Few books have stuck with me a decade after I have read them. Drive: The Surprising Truth About What Motivates Us by Dan Pink is one of them. Through research and compelling stories, he adroitly describes how autonomy, mastery, and purpose serve as essential legs of the motivational stool. Dude can flat-out write.

Over the past few months, I have been thinking about the model at the heart of Drive quite a bit. During that time, I have been developing and recording online courses on: 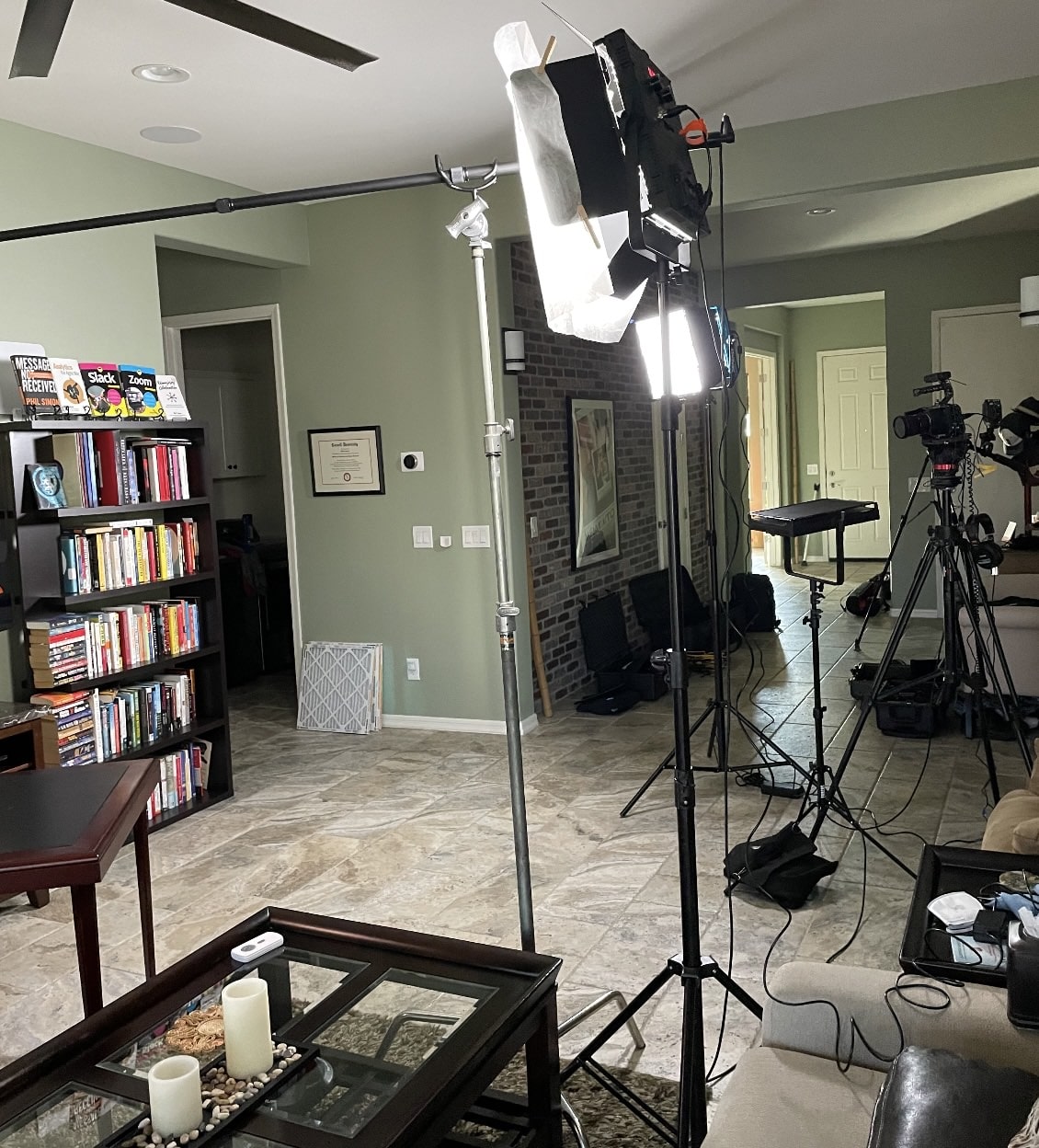 The two courses cover vastly disparate subjects. I’d be shocked if more than a handful of individuals take both of them. The target audiences aren’t exactly complements. Chocolate and peanut butter have got nothing to fear, but the differences between my two new courses don’t end there.

Next up, there’s the economics. For the dataviz course, I received a large upfront payment and will earn zero royalties. By contrast, on the marketing course, I footed the bill myself. I am betting that the course and attendant coaching will make me money in the future.

On to the similarities …

First, there’s the brooding intensity of the instructor. (But seriously folks …) Second, in each case, videographers arrived with loads of A/V equipment to ensure a professional final product. The presentation isn’t at a Masterclass level, but it’s not that far off.

A recent study indicates that side hustlers are more engaged because of their choice to take on a second gig.

Third and most germane for the purposes of this post, I developed both courses in a largely independent manner. Yep, the whole kit and caboodle: the curriculum, materials, videos, course objectives, level of detail, and overall flow. I made deliberate design choices—and not every student will agree with them.

In each case, the development process was a blast. It’s fair to say that I often entered a flow state. The work felt doubly gratifying because of what I had to endure regurgitating courses in my previous life.

Starting in the Fall of 2018, I started teaching a survey course under a stifling level of micromanagement. Exhibit A: Modifying a single test question required a painful meeting among all professors involved. The course coordinator pooh-poohed or ignored all of his colleagues’ requests to improve his baby. Got an idea for an in-class exercise? Keep it to yourself, Sparky.1 I can best describe the experience as infantilizing. Calm blue oceans …

Now, it’s one thing to exert zero control over what you’re teaching, but that was hardly my only constraint. The powers-that-be dictated where, when, and increasingly how its non-tenured faculty taught.2 As a result, second-class citizens lacked any agency and generally felt powerless while on the clock. (Interestingly, a recent study indicates that side hustlers are more engaged because they choose to take the second gig.)

Let’s return to Pink’s framework and apply it to my predicament: My autonomy had plummeted while my mastery had concurrently grown:

The mix is a recipe for disaster. The gap between my mastery and autonomy had become a chasm. Reading the departmental tea leaves, the status quo showed no signs of reversing.3

Against this backdrop, I opted to spread my wings. (Cue Queen reference.) I channeled my inner DeNiro in Heat and said, “I am never going back.” Stop me before I sub-reference again …

Careful What You Wish for …

I’m familiar with the downsides of developing content in a relative vacuum. (Coders often work in pairs to solve this very problem.) For starters, no one double-checks your work. Beyond the occasional typo or errant slide, however, it’s possible that your talk entirely misses its mark—and that’s usually on you.

Fortunately, professional speakers typically can avoid this outcome. The good ones mitigate the odds of a disaster by doing the following:

Early in your career or in a new position, it’s easier and fairly common to eat a little crow. Once you’ve acquired a bit of mastery in an area, however, things get dicier. In my experience, creative types like ex-Googler Douglas Bowman and me are less willing to operate sans autonomy. (I don’t consider myself an artist, but I certainly take pride in my craft.)

Asserting your independence will doubtless offend some people. Returning to my previous gig for a moment, that course coordinator didn’t belong to the Phil Simon Fan Club—and the feeling was mutual. So be it.

There’s an upside, though: It will endear you to others. I’m talking about the people who look at your ability to quickly assemble quality courses, talks, and other content without handholding correctly as an asset. It’s one reason that my speaking bureau frequently recommends me to clients. (Well, that and my charming personality.) APB reps know that I can deliver interesting and relevant talks, not just parrot others’ words.

Adios shackles. May you never return.