Five Tips for a Successful CRP

A few thoughts how to improve the results of coordinated testing.

Dec | 9 | 2013

Project Management 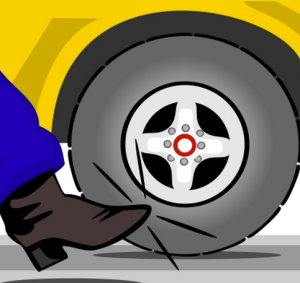 A few weeks ago, I wrote about the role of the project manager on system testing. While by no means the sole reason for projects breaking bad, in many cases a misguided or incompetent PM can exacerbate problems. Today I want to focus on end-users kicking the tires of the future system. I’ll offer four tips designed to improve the results of testing.

All major system implementations with which I was involved at some point entered conference room pilot. From Wikipedia, its purpose is:

Now, I never conducted or participated in a CRP in the context of evaluating a new vendor’s solution against others. (Maybe the projects generally would have had better results if we did, but it’s key to remember that CRM and ERP cloud- and SaaS-based offerings are relatively new.) Instead, I performed CRP after the following had taken place:

Getting busy employees to take testing a new system seriously is usually no small endeavor.

As someone who’s written and executed hundreds of scripts in his career, here are five lessons learned–usually the hard way:

This one should be fairly obvious. Run through a script by precisely following directions. Did the vendor’s check clear or not? Check it out.

After completing the existing scripts, go back and intentionally deviate from them.

The goal here is to see if something breaks. Do step 5 before step 4. What happens? Did you cause the system to crash? It’s better to know during system testing than when live.

Try putting an alpha value in a numeric field. Try to cut a test check for $10M. Did existing safeguards stop you from committing the error? If so, then your confidence in the new system augments.

Make up your own scripts.

No, you can’t account for every conceivable scenario, but don’t be afraid to invent a few along the way. What happens if you need to reverse a check or a sale? Is that easily done?

Get employees in a dedicated area.

Trying to do CRP at your desk is unlikely to work. Life intrudes. E-mails come flooding in. The phone rings. The result: Employees test the future system in a half-assed manner.

Need CRP help at your organization?

Getting busy employees to take testing a new system seriously is usually no small endeavor. Remember, they have day jobs and organizations still need to to overcome the practice mentality. Follow the advice in this post, however, and you’ll be more likely to spot issues as early as possible.

Three Challenges That I’ve Faced as a Writer

Being a professional scribe isn’t all puppy dogs and ice cream.

Using Slack to Ghostwrite a Book: A Case Study

Add a few apps and make the flexible collaboration hub is ideal for this type of project.