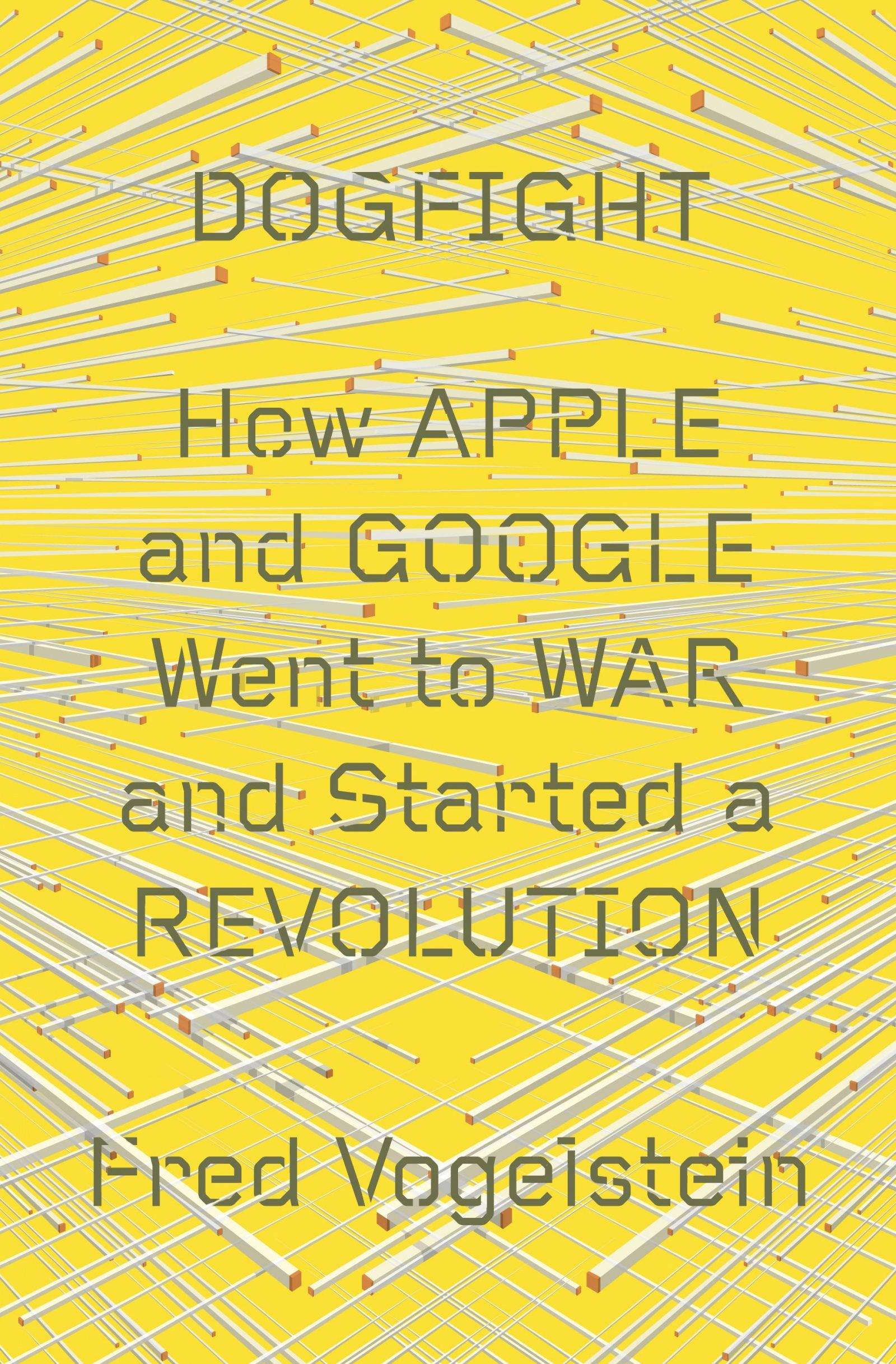 When I wrote The Age of the Platform, I knew that I was just skimming the surface. There was so much to more to cover on Amazon, Apple, Facebook, and Google on so many levels. The platform was a big idea, and I knew it. Whats more, the Gang of Four was starting to dominate business, especially on the consumer side.

One particularly thorny collision is taking place in the world of mobility, with Apple and Google squaring off with Samsung. This is the starting point for the Dogfight: How Apple and Google Went to War and Started a Revolution, the new book Wired correspondent Fred Vogelstein. (Disclaimer: I received a free media copy.)

In a word, Dogfight is excellent. Vogelstein makes you feel like you’re sitting in key meetings with senior execs like Steve Jobs, Andy Rubin, Sergey Brin, Eric Schmidt, Larry Page, and others intricately involved in the development of the iPhone and Android. While neither Apple nor Google would make the top brass available for the book, Vogelstein clearly did his research. Some of the inter- and intra-organizational make for great theater. Egos are massive at that level, and not just if your name is Steve Jobs.

There are nuggets buried throughout the text, including Jobs’s surprise (naiveté?) on Google’s plans for Android to compete with the iPhone. The chapter “I thought we were friends” is particularly strong. And Vogelstein places the mobility wars in the proper technological and historical contexts. That is, he draws compelling similarities between the existing battles and those of the PC/Windows’ age. The guy’s got big writing chops.

There’s no one right way to build a platform, as we’re seeing now.

Most fascinating to me was the exploration the two companies’ disparate platform strategies. In short, Apple/iOS is largely closed while Android is the epitome of open. Some have even called the latter the Wild Wild West. Brass tacks: There’s no one right way to build a platform, as we’re seeing now.

I follow tech very closely as part of my job and life, so no many of the facts and anecdotes weren’t entirely new to me. Still, it’s silly to fault an author for covering important trends. This is a great read.