Suggestions Wanted: Which Buzzwords Irk You the Most? 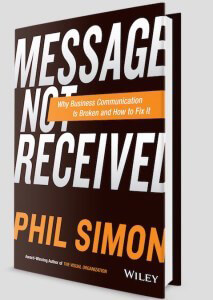 In Message Not Received I rail against buzzwords. Put bluntly, jargon sucks—and it actually hurts us at work. Specifically, by using jargon instead of simple language, other people trust us less.

At least that’s what researchers Michaela Wänke and Jochim Hansen discovered in 2010. In their words, “Statements of the very same content were judged as more probably true when they were written in concrete language than when they were written in abstract language.” More than a little ironically, in their paper they call for “linguistic concreteness.” (Doesn’t exactly roll off the tongue.)

I’m curious about which “words” irritate people the most. The misuse (pun intended) of use case drives me bonkers, never mind meaningless bastardizations like mobile social. For more of my list of the worst offenders, click here.

Go ahead and enter yours in the comments and I’ll put together a poll next week.

As an aside, I’d love to see a company implement the equivalent of Homer Simpson’s swear jar:

I’ll send a signed copy of the book to a random commenter.