A Note to Panelists: It’s Not Your Stage 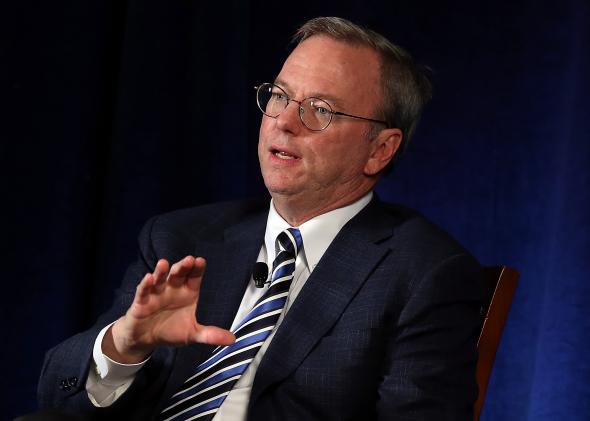 All of us who have attended conferences have seen it before: people who dominate panels and, intentionally or not, disrespect the others on the stage.

I’ve been looking, but I’ve been unable to find the video of the SXSW panel. As a result, I can’t comment on specifics, but one thing is certain: Schmidt’s timing couldn’t be worse. Gender and tech are colliding as we speak, and the current Ellen Pao lawsuit is nothing less than a flashpoint. There has never been more awareness and press around the lack of diversity in Silicon Valley—and what to do about it.

Schmidt is an excellent speaker, especially on tech-related matters. Few people can explain the complexities of machine learning, network effects, and the like so well. Still, that doesn’t give him the right to dominate a panel. By all accounts, he did just that.

My question: Why wasn’t the moderator more forceful? Sure, Schmidt is worth nearly $10 billion, but none of that matters on stage. The person posing the questions should have stepped in and cut Schmidt off if, as is being widely reported, he clearly stepped over the line. Here’s another tip for moderators: To elicit a response from a specific individual, preface a question with that person’s name. For instance, Skyler, what do you think about this? This works better than general “up-for-grabs” queries that invite multiple responses.

One of the most effective things you can do as a panelist is to shut up.

As I write in the new book, one of the most effective things you can do on stage is to shut up (NSFW). A strategic pause after a rhetorical question can be devastating. That goes double when there are others on stage. A little consideration goes a long way.

During my recent book tour stops in Austin, TX, a few attendees of that session told me that Smith kept rambling. If that’s true, then again we can blame the moderator for this.