It turns out that some pretty influential folks believe that communication is the company’s fundamental weakness.

Ever hear two execs disagree about their company’s own raison d’etre? I have—and it’s not pretty. It raises red flags every time. How can an organization accomplish its goals when its key people aren’t on the same page?

The short answer is that it can’t.

Along these lines, did you happen to see Twitter’s new “strategy statement“? 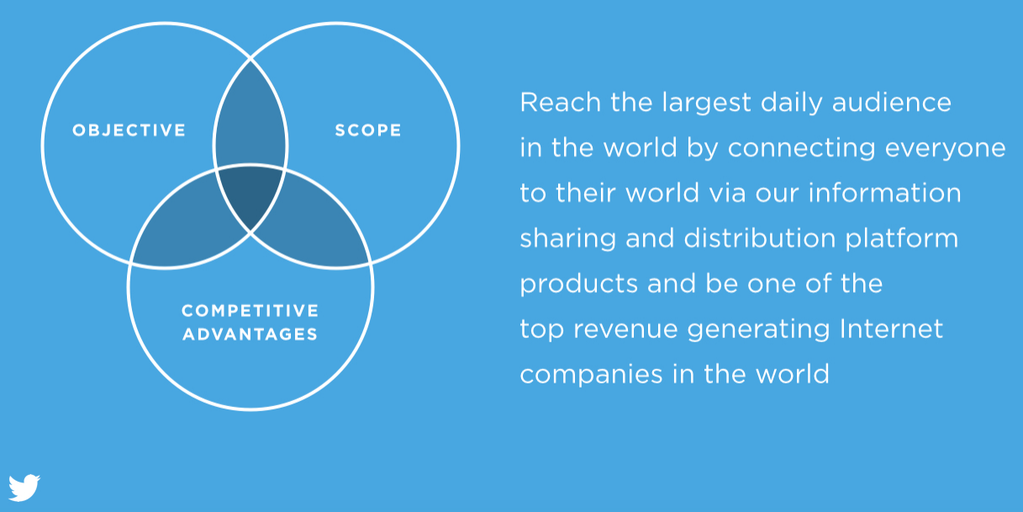 People aren’t reacting well to it, and why should they? It’s utter nonsense and, ironically, a full 80 characters over Twitter’s 140-character maximum. Some of the tweets are pretty clever:

Some have pointed out that a “strategy statement” (whatever that is) should never be confused with a mission statement. It’s a weak argument and I couldn’t disagree more. One statement needs to be clear while it’s acceptable for the other to be riddled with jargon? How does that work?

You can tell quite a bit about a company’s culture from how it attempts to define itself.

Lamentably, this type of gobbledygook is par for the course at the social network. Twitter is a very powerful and important company despite itself. Its culture is riddled with problems. Read Nick Bilton’s excellent book (affiliate link) and you start to get a sense of how screwed up Twitter is. (My review is here.)

As I point out in Message Not Received, you can tell quite a bit about a company’s culture from how it attempts to define itself. If you can’t communicate clearly to the outside world, what are the odds that you’re doing a good job inside your organization’s walls?

Why I Never Describe Myself as Results-Oriented

Call me persnickety, but this trite phrase really grinds my gears.