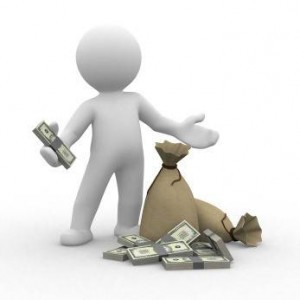 With so many start-ups getting VC funding these days, it seems like 1998 all over again. Except that it isn’t.

I wrote a while back on this site that there are many differences between now and the dot-com boom. The costs of starting a company are a fraction of what they were back then (especially on the tech side) and funding platforms (both private and public) simply didn’t exist back then.

But there’s one thing that has stayed constant: Most every start-up founder will grumble about his or her VC firm. Think about it. If a company is successful, then the VC firm typically reaps the lion’s share of the rewards. If the start-up fails, then the VC firm probably didn’t do enough—at least in the eyes of the company’s founders.

This begs the question: Even if you can land the funding, are you better off not taking it? Fellow Inc.com writer Minda Zetlin explored the idea recently in an interesting post entitled “4 Signs You Should Say ‘No’ to a VC.” But what if there aren’t any red flags? How do you make the decision?

I posed the VC question to runtastic CEO Florian Gschwandtner at CES in Las Vegas last January. Runtastic is an Austrian company that makes fitness-tracking apps and hardware for athletes.

Gschwandtner says that opting out of VC funding provides several advantages. He pointed out that, without external funding, runtastic was forced to concentrate on revenue from the company’s inception—not years down the road. As a result, it became profitable more quickly. It was able to finance its growth immediately.

Because the founders used their own funds, they were more inclined to keep costs in check and not waste money. And then there’s speed. Gschwandtner notes that “establishing independence from financial investors and retaining full control over the company helped us move fast. We never had to ask anyone to do anything.”

It’s important to note that saying “no” to VCs now is not the same as saying “no” forever. Runtastic is part of a new breed of start-ups that won’t rule out accepting VC money but, at the same time, the company is very cautious about taking that step.

“At the start, I think it is a bit harder without VC money because you have to be really careful with spending money,” Gschwandtner continues. “At the same time you learn a lot about how to generate revenue because you need it for the growth.”

To be sure, making the decision to go with a VC firm–much less which one–is more art than science. There are compelling reasons both in favor and against institutional money. And don’t forget factors such as:

There’s no checklist or blueprint that will work for every company. Luck, after all, plays a big role in the success of any start-up.

What’s your experience with VC money?