It’s much faster, cleaner, prettier, visually consistent, and flatter than its predecessor. Many pages have been vastly simplified, especially the home page and those for my books. My old home page just had too much going on.

My Sites: A Retrospective

This is my first trip down the Elegant Themes road. The Divi theme ships with a great deal of native functionality such as tabs, accordions, mega menus, toggles, custom sidebars, and much more. As such, it obviates the need for me to run so many plugins. What’s more, Divi’s visual builder is fantastic. I very much wanted to be able to tweak page layouts without calling a developer or learning PHP and CSS. After reading Chris Lema’s post on the subject, I experimented with several options before deciding on Divi. I was also able to kick its tires in a sandbox—never a bad thing when making such an important decision. 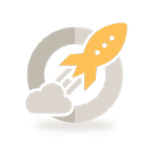 That’s not to say that the Divi theme doesn’t contain more than a few bugs. Some of the “features” were downright baffling. For instance, its visual editor causes extra characters to be placed in the text. How that remains an issue is beyond me. Overall, though, I’m pleased with the theme. I just wish that EG would fix the known issues. Because I worked with developer, I have no direct way of addressing the problem with the EG folks. (I’d have to buy a separate license. On general principle, that just rankles me.)

Hat tip to Babs Hobbs. I designed much of the site myself, but she served as my primary tweaker. I’d also like to thank Todd Hamilton, John Hawkins, and Owen Carver. Finally, thanks to those who voted on a few of the design elements. I always feel better with a little data.

As with any launch, there are bound to be a few issues. If you find one, please contact me.

The first of what I hope will be many.