Nonsense: The Power of Not Knowing 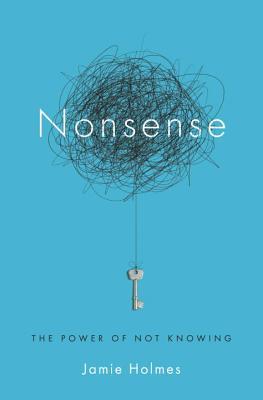 I’ve long despised five-point listicles and other obvious clickbait. For instance, google “5 Steps to Writing a Best-Selling Book” and you won’t exactly stump the world’s largest search engine. Many books these days intentionally contain numbers in their titles for marketing reasons.

Posts and books such as these are the epitome of facile. In the example above, if there really were five steps to writing a bestseller, getting a video to go viral, or secure venture-capital funding, then everyone would do be able to do it. Hedonic bias is alive and well.

That’s not to say, though, that I don’t understand why so many editors insist upon extremely formulaic titles for blog posts. The short answer is that they often work. The longer answer is that we crave certainty, even though the truth is almost always much more nuanced. (This explains a good portion of Donald Trump’s appeal, but I digress.) As it reads on the front page of my website, we need to start getting comfortable with being uncomfortable.

We need to begin thinking of ambiguity as beneficial.

Against this backdrop, I recently read Nonsense: The Power of Not Knowing by Jamie Holmes. (Note that the publisher sent me a copy gratis with no further obligation.)

Nonsense is no simplistic, seven-point system for overcoming uncertainty. Rather, Holmes weaves together an interesting array of diverse stories about ambiguity. It turns out that there’s a great deal in common with a ostensibly disparate events: a 1950s doomsday group, the precipitous increase in marriages after the 1906 San Francisco earthquake, the 1992 Ruby Ridge standoff, and the 1973 Yom Kippur War.

Not only do we need to tolerate uncertainty as a necessary and a harsh reality of life. No, we need to begin thinking of it as beneficial. As Holmes writes, “In an increasingly complex, unpredictable world, what matters most isn’t IQ, willpower, or confidence in what we know. It’s how we deal with what we don’t understand.”