I’ve been reading about a book per week this summer and few stand out.

Range: Why Generalists Triumph in a Specialized World by David Epstein looks at the need for generalists in a specialist-driven world. Should someone specialize in one field à la Tiger Woods?

Or is Roger Federer’s approach to sample a bunch of different sports the way to go? Put differently, is it better to dabble in a number of things early on and stitch them all together later in life? Plenty people have done it and seen success. In fact, I’m one of them.

You can probably figure out the answer from the title. Epstein’s book should be required reading for those who think that only one thing matters. If you don’t have time to read the book, he covers much of it in the Longform Podcast. 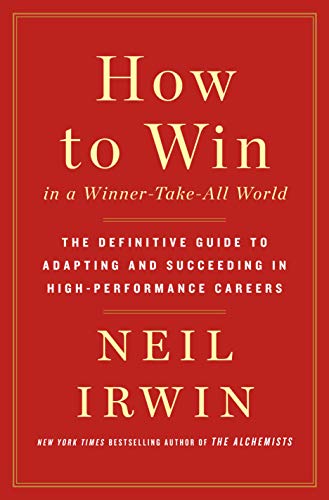 How to Win in a Winner-Take-All World: The Definitive Guide to Adapting and Succeeding in High-Performance Careers by Neil Irwin covers similar terrain but is just as good. Irwin is a gifted writer and his second book is rife with stories and great research on the benefits of being broad—not just deep.

Both books made me think of the benefits of platform thinking. As I write in The Age of the Platform, entering adjacent fields has served Amazon, Apple, Facebook, and Google well.

Bitcoin Billionaires: A True Story of Genius, Betrayal, and Redemption by Ben Mezrich details the post-Facebook travails of the Winklevii. Turns out that these guys are pretty freaking smart after all.

Much like Mezrich’s other books, I question if the events folded exactly how he describes. Regardless, Mezrich’s 20th effort1 is a compelling, fast-paced read about an increasingly important topic. I knocked it out in a day.

The Players Ball: A Genius, a Con Man, and the Secret History of the Internet’s Rise by David Kushner tells the fascinating story of the two guys who fought over the sex.com domain. It’s a gripping tale of two interesting, smart, stubborn, and ultimately flawed men trying to score big during the early days of the Web.

Next on my list is Educated: A Memoir by Tara Westover on a friend’s recommendation.