How to Liberate Employee Knowledge: A Starting Point 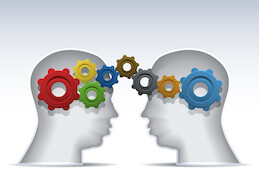 I’ve been on a bit of an anti-email crusade over the past few years. In the process, I’ve ticked off a few of my friends and even a client or two. As I write in Message Not Received, for all of its benefits, e-mail suffers from some pretty significant limitations. Perhaps first and foremost is the fact that it restricts information to an employee’s inbox, making it virtually impossible for others to benefit from organizational knowledge. This often results in missed opportunities, redundant work, widespread inefficiency, and employee frustration.

Against that backdrop, I found the recent HBR piece Workspaces That Move People particularly interesting:

At one call center, the company expanded the break room and gave reps more time to hang out there with colleagues. Paradoxically, productivity shot up after the change. Away from their phones, the reps could circulate knowledge within the group.

Imagine, for example, that a worker finds a better way to do her job but never tells anyone else doing the same job what she discovered

It’s a long read but well worth your time.

Tech Alone Only Gets Us So Far

The latest tchotchkes only get us so far.

I’ve written a bunch of books and nearly 1,000 posts espousing the benefits of emerging technologies. At the same time, though, it’s folly to think of “technology” in a vacuum. That is, the latest tchotchkes only get us so far. Unless we embrace a new mind-set at work (read: moving beyond e-mail), it’s unlikely that organizations will unlock the power of their most important resources: their employees and their knowledge.

Staring at screens for eight to ten hours per day doesn’t lend itself to the very collisions discussed in the article. (Maybe Marissa Mayer was right about banning telecommuting after all?)

That debate aside for a moment, make no mistake: There are ways to communicate well and work collaboratively even when hunched over a keyboard. The recent successes of knowledge bases, code repositories like GitHub, and collaborative tools like Slack, Asana, and their ilk prove that there are legitimate alternatives to e-mail.

Is your organization embracing them?