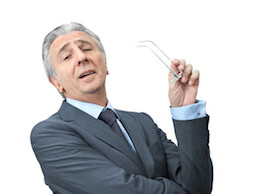 I’m sitting at networking event a few weeks ago and I recognize Lee (not his real name). I had met him once before a year ago and he rubbed me the wrong way. Before that, we had interacted on different social media sites. With beer in hand, this was my first chance to get to know him. Perhaps my first impression of him was off.

“My posts will be studied twenty years from now”, he boldly proclaimed early in our conversation. “They’re that far ahead of their time.”

OK … I thought to myself.

I hoped that he was joking, but alas, he was quite serious. He further boasted that he wrote for a high-profile media site. I mentioned that plenty of people did, and that I knew a few of them. “Oh no”, he boasted. “I am paid.”

On Age and Arrogance

With dozens of others at the event, I didn’t see fit to spend any more time with Lee. I excused myself and wished him luck. That doesn’t mean, though, that I didn’t think about our brief chat on my way home.

Lee appeared to be around 40 years old—old enough to know how to comport himself. I mention his approximate age because I’ll judge different people by different criteria. For instance, when I met my first Thiel Fellow a few years back, I wasn’t surprised that he was downright supercilious. After all, how would you act if a billionaire gave you $100,000 not to go to school at the age of 18?

Lee’s just made my list of people I can do without.