The Relationship Between Jargon and Credibility

Fifteen years ago, I worked for a particularly bad manager. Call her Dorothy here. She would consistently arrive late at client meetings. Dorothy once left a voicemail for a distraught client and lied about the time at which she called. She inexplicably forgot that voicemails are time-stamped by default, irritating her main client further. (My client soon had Dorothy removed from our project—and I would have done the same thing.)

Among Dorothy’s most egregious deeds, however, was her consistent and unnecessary use of jargon. I would see the looks on our clients’ faces when she would speak. She would condescend. She would talk “at” and “around” her audience, not to it. Big mistake. Dorothy soon took maternity leave and eventually left the company.

The more jargon you use, the more your credibility suffers.

My new manager Gary (again, a pseudonym) was a breath of fresh air. By way of background, he was a former application consultant. As such, he communicated in a simpler, far more forthright manner than Dorothy. Clients and employees just responded differently to Gary. He came across as less suspicious, even when he had to convey bad news.

This leads me to Simon’s Law of Jargon, graphically expressed as follows: 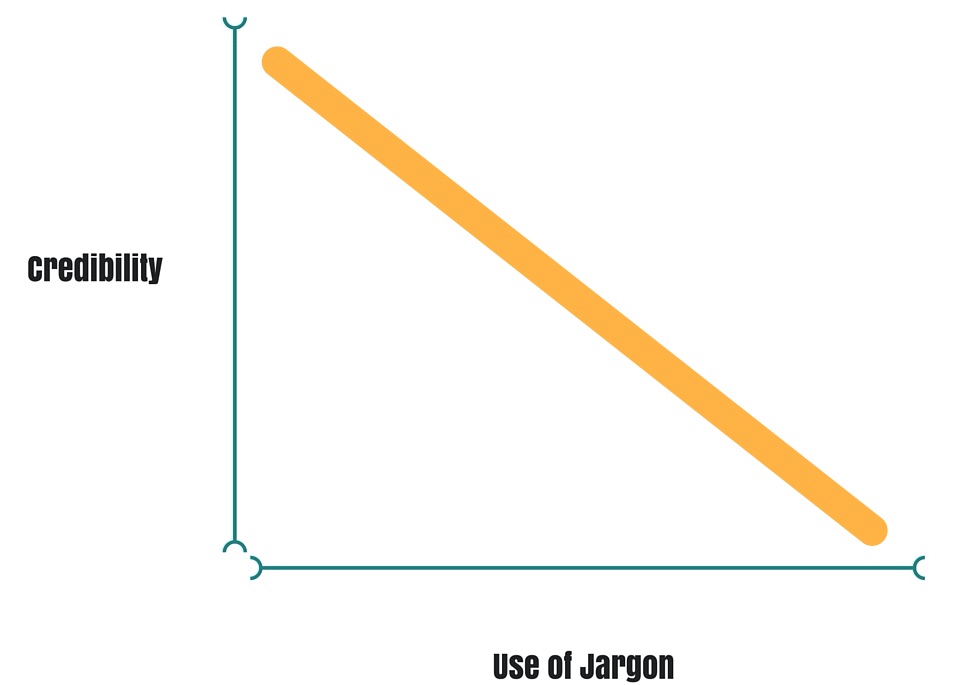 Put as simply as possible: the more jargon you use, the more your credibility suffers. (For recent research and a much more academic interpretation of this concept, see this study by Jochim Hansen and Michaela Wänke.)

Think about the next time you drop ridiculous and utterly meaningless phrases such as “an experience flow seamlessly brings together all of the experiences throughout the infinity loop of customer engagement.”