The word radical is one of my favorites. It stems from the Latin word for root, radix. In fact, the English term doesn’t veer that far from its Latin origins. Among its meanings is “arising from or going to a root or source; basic: proposed a radical solution to the problem.”

To be sure, some ostensibly intractable business problems require radical solutions—and e-mail is a perfect case in point. As the statistics below manifest, it’s no overstatement to call e-mail an epidemic in many organizations. 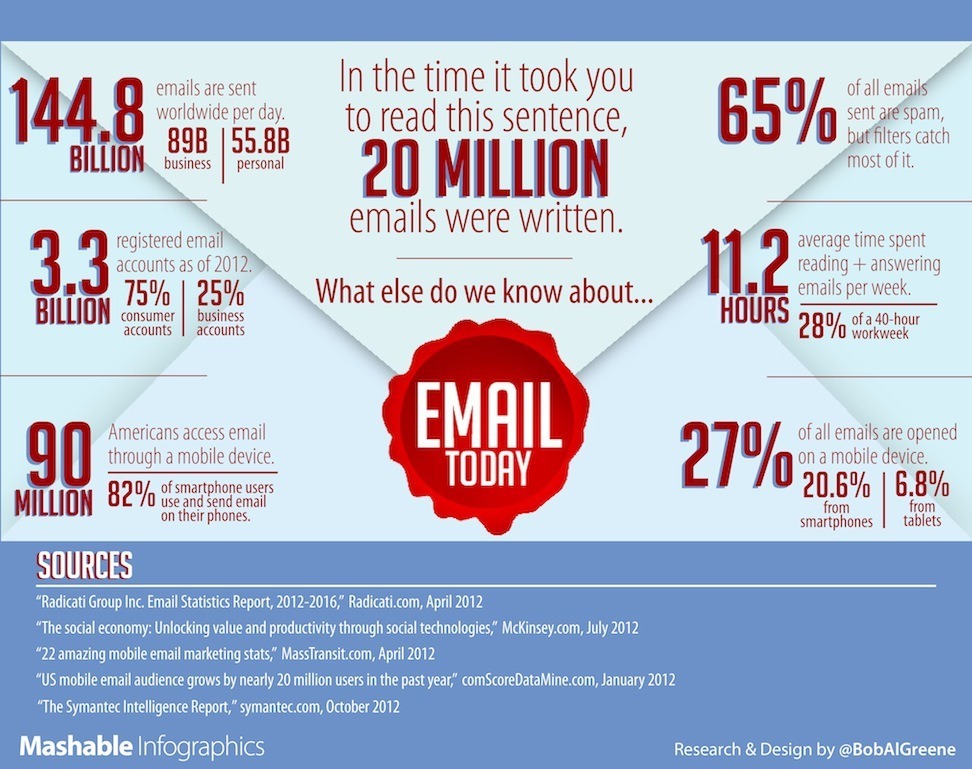 “E-mail today is like playing whack-a-mole on groundhog day,” says Graeme Bodys, CEO of nooQ, a communication platform that collects and stores the powerful knowledge of your team.” Trying to keep on top of it is never-ending. We need to change that.”

It’s obvious that traditional e-mail prevention and minimization methods just aren’t working in many if not most organizations. Although far superior tools for collaboration and communication have existed for years and new ones show great promise, employees by and large frequently opt not to use them. Maybe it’s time for something more draconian. Even radical.

Without further ado, here are six some not-so-subtle methods that organizations can employ to reduce employee inboxes:

What if we effectively taxed those who e-mail too much?

Imagine a five-cent per-message “tax” of sorts. If you send 100 per day, then you’ll be fined $5. After two weeks, you’ll see a $50 deduction on your paycheck. (Think of this as a swear jar of sorts.) All money goes to charity.

Award prizes for employees who reduced their sent messages by the greatest number or percentage from the previous week, month, or quarter.

This is the antithesis of number two. Post the names of the worst offenders (e.g., those who send the most internal e-mails) in a public place. This can be a physical lobby of public area, an intranet or collaboration tool, or, better yet, both.

Remove the “Reply All” Button From Your E-Mail Software

“Reply all” just plain sucks. By all accounts, that scourge costs companies millions of dollars per year. Fortunately, you can kill it relatively easily in at least one mainstream application: Microsoft Outlook. Alternatively, you can tweak the button to theoretically discourage the behavior via a plug-in.

Eliminate E-Mail for Internal Use Altogether

Sounds impossible, right? Nope. That’s exactly what Klick Health did more than a decade ago. I learned about the company researching Message Not Received: Why Business Communication Is Broken and How to Fix It. (Read about its innovative e-mail alternative and incredible results here.)

This begs the natural question: What replaces e-mail?

“We need an entirely new design,” Bodys tells me. “We need to make people more productive—not less.” For its part, Nooq’s software automatically filters, sorts, and processes messages for employees.

Intentionally Antagonize Colleagues via Your Auto-Responder

This might get you in hot water, but I know of a few techies who have done exactly that in their companies. They’ve declared e-mail amnesty in their auto-replies and ask people to either call them (remember the phone?) or walk over to their desks. And, best of all, they actually mean it.

What’s the Difference Between Low-code and No-code Tools?

A short video on essential definitions.

How to Switch LC/NC Vendors

I toss in a few pop culture references and offer thoughts on saying goodbye to one and hello to another one.