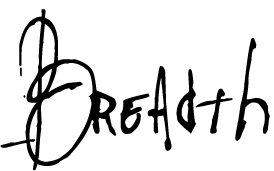 In my days spent implementing enterprise systems, I often came across scope creep. Simply stated, a client would sign a contract for A, B, and C and then expect X, Y, and Z to be thrown in as well. To be sure, I met more than my fair share of unreasonable people, but sometimes scope creep stemmed from poorly set expectations. The consulting firm or software vendor wouldn’t write a contract or communicate particularly well throughout the project. As I wrote in Why New Systems Fail, this usually led to bad things.

And scope creep can rear its ugly head in at conferences. For instance, in prepping for a panel a few years ago, the conference organizer expressed her desire that the one-hour, five-person panel would cover all of the following topics: Big Data, open-source software, social media, cloud computing, and, if we have time, open standards. Sure, and why don’t we touch on global warming and world peace while we’re at it? Fortunately, I convinced the woman to select just one of those meaty topics. It was better for all concerned to go deep on one rather than superficially checking the box on all of them.

The best talks almost always involve a great deal of communication before the speaker shows up.

Most professional speakers strive to meet their clients’ expectations and, ideally, get asked back. We should never forget that we’re not full-time employees. Rather, we’re effectively auditioning for future gigs every time we approach the lectern. A key piece of customer satisfaction is managing expectations. Since I fancy himself a writer of–and speaker on–big ideas, I customize not only what I say, but (just as important) how I say it. (More on that below.) My talks usually run for 45 minutes and, as a result, I cannot explain everything about platforms, Big Data, or [insert name of other topic.]

Put differently, there’s a fundamental tradeoff between the breadth and depth of a talk. 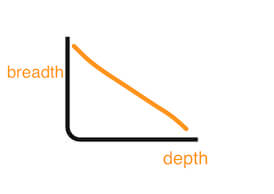 Of course, seminars are totally different. If given eight hours, I can go both wide and deep.

Part and parcel of choosing the right content and level of detail is knowing your audience. Who’ll be in the crowd? I always ask that simple yet essential question during my prep calls for speaking gigs. For an upcoming talk, my audience breaks down as follows: 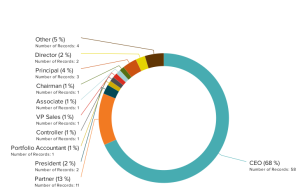 I’m mostly interested in job titles, not specific names. If I’m speaking to primarily a group of developers, then I don’t need cover technical basics. For instance, many of them already know the difference between a relational database and a distributed file system. If I’m talking to mainly C-level execs of more mature organizations, though, it’s pretty safe to assume that I’ll have to focus on business issues more than technical ones.

Remarkably, some conference organizers don’t really know who’ll be in the audience until the day before the event. In that case, I have to try and split the baby. Some people may find my content too complex; others too rudimentary. The bottom line is that the best talks almost always involve a great deal of communication before the speaker shows up.