On Vocalists, Poseurs, and Pretension 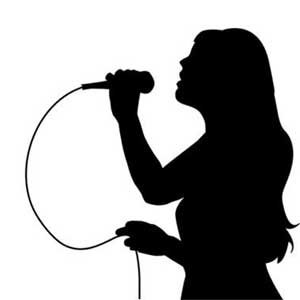 I’m out last night to celebrate one of my friend’s birthdays. We’re at The Blue Martini, a pretty standard Las Vegas bar/club when the night’s band takes stage.

This four-piece group is doing 80s covers and, although they’re too loud and I’d rather not have to shout to be heard by people right next to me, I tolerate it. Rules of the game, I guess.

At different points, members of the band put down their instruments. Evidently, some of its songs only required guitar, while others needed only bass and drums. Before one song, the bassist handed his bass to the band’s female lead singer, who then mimicked playing it for a few songs. (Now, she’s not actually playing notes or chords, but she is superfluously moving her left hand up and down the fretboard. She’s faking it—and poorly.)

There’s nothing wrong with “only” being a singer, if that’s what you want to do and that’s all your band demands of you. Robert Plant and James LaBrie (two of my favorite vocalists) don’t play instruments, unless you count the tambourine.

But if you want to play the bass, then learn how to do it. Ditto writing a book, painting a picture, or starting your own business. Just don’t pretend like you’re doing something that you’re clearly not.