Why I Moved to Las Vegas 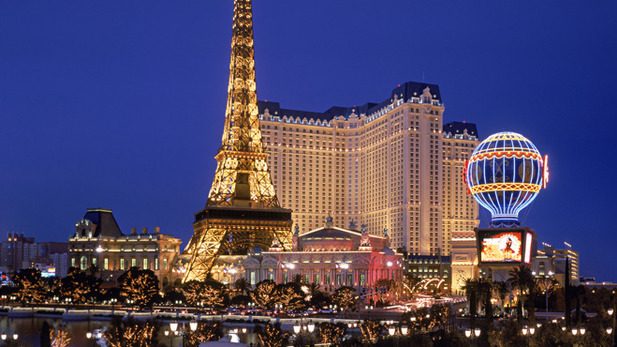 In 2004 I moved from Brooklyn, NY to Caldwell, NJ. I just didn’t enjoy living in an urban environment. I’m a suburban guy and, quite frankly, the cost, noise, expense, and overall intensity of the Big City was a bit too much for this simple man to handle.

Fast forward seven years. I love my place in New Jersey—other than insane taxes. Despite what Governor Chris Christie is trying to do and my recent tax abatement, NJ property taxes are still the highest in the country. On a professional level, I do alright for myself, but I know that I could save upwards of $20,000/year by moving to a less expensive part of the country.

A Change of Directions: The Phil Diversification Project

Back in 2004, I made all of my money by consulting, typically with large companies implementing big, expensive systems. I started the Phil Diversification Project in mid-2008. I knew that it was fundamentally dangerous for all of my income to stem from one source. I also thought that, like a friend of mine, I could make money from writing, speaking, and doing different types of consulting.

By 2011, I was making money from several different sources. I found myself less and less interested in those big consulting assignments with bureaucratic organizations. Writing The New Small and working with so many dynamic folks and companies made me less willing to take on projects that, in all likelihood, were going to be highly adversarial.

Life’s too short. Do what you want—as long as you can pay the bills doing it.

The longer answer is, well, longer. For one, I can save a great deal of money. With fewer expenses, I can be pickier about the types of writing, speaking, and consulting engagements that I choose to take. For example, I no longer have the annual nut of $11,000 in property taxes and association fees hanging over my head.

Life’s too short. Do what you want—as long as you can pay the bills doing it.

Second, on a personal level, I like warm weather. A six-month maelstrom of record-breaking snow, winds, and rain has left a bad taste in my mouth. While Vegas can be oppressively hot, I suppose that I’m willing to trade three months of heat for five to six months of “unhot.”

Third, because it’s Vegas. “The City of Lost Wages” is home to a bevy of conferences and events, such as the recent Growco conference at which I spoke. Being local means that, all else equal, I’m easier to book than the NJ version of me.

Finally, technology has continued to improve at Godspeed. GoogleDocs, Video Skype, GoToMyPC and other screen sharing tools, and other collaborate applications make it extremely easy for me to support clients all over the globe with a simple Internet connection.

To paraphrase Pacino in Heat: Bon voyage, New Jersey. You were good.