There’s No One Right Way to Build a Platform 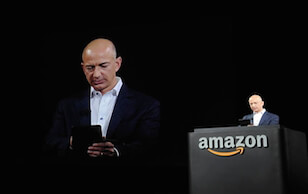 Steven Levy of Wired recently wrote a fantastic piece about Amazon.com, including a remarkably insightful and rare interview with Jeff Bezos himself. I highly recommend reading it.

(Bezos doesn’t let you into his mind very often. Even books written about his company conspicuously lack quotes from current senior management.)

Among the many points Bezos makes is there’s no one right way to build a platform.

Apple and Amazon have very different views towards computing–and business, for that matter. Yet, even within this ostensibly large chasm, similarities abound. For instance, Amazon took a page from Apple’s playbook by restricting the number of apps available to Fire users. That is, it’s not a completely open system and tens of thousands of Android apps did not make the cut.

There’s no one right way to build a platform.