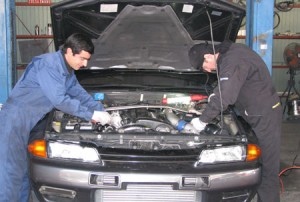 The recent Twitter redesign got me thinking about how I use the service.

Reviews of Twitter 2.0 seem to be mostly positive. In short, Twitter seems to be a grown-up version of its prior self. So, maybe I should use Twitter in a more “grown up” manner as well.

For the last two years, I did what all of the social media experts told me I was supposed to do:

But Twitter was starting to feel, well, stale. So I decided that it’s high time for me to refine the way that I use it. (And I’m not the only one. Social-media guru Chris Brogan caused quite a ruckus with his post on social media fatigue. Many people followed suit, dropping people they followed en masse in an attempt to reduce their own noise-signal ratios.)

My Twitter problem was twofold. First, I spent far too much time reading relatively meaningless tweets. (Lest you label me a hypocrite, I am aware that the vast majority of my own tweets in all likelihood fall into that category.)

So, my 2012 Twitter “strategy”–and I use that term pretty loosely–entails the following two pillars.

While initially intriguing and even fun, I’ve decided that Follow Friday does not represent time well-spent. Apologies in advance to anyone miffed that there’s no #FF with your Twitter handle. More generally, I just don’t see the need to always report to the world on what I’m doing or reading. I’m going to see if less is truly more.

I used ManageFlitter to nuke all of the people I followed, only to add back certain ones–and add new people and companies altogether. Apologies in advance to anyone miffed that I no longer follow you. Nothing personal. While I have no magic number in mind, it seems to me that Dunbar’s number is a good starting point.

A personal and decidedly unscientific analysis.

How Not to Start a Book

An absurdly complex 85-word sentence right off the bat all but guarantees crickets and/or confusion.