The State of the Cloud 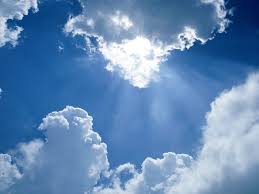 Many organizations face difficulties as they attempt to move away from antiquated technologies, applications, systems, and mind-sets. It’s a key point in my second book, The Next Wave of Technologies (originally published in early 2010). Long story short: Change is hard.

Life Inside the Enterprise

The challenges related to deploying new technologies often has very little to do with the new technologies themselves for one simple reason: Technology does not exist in a vacuum. This is doubly true inside the enterprise. Cultural, political, and financial factors plague many organizations, even those that recognize the need to evolve. The mentality here can be described as “Ain’t broke. Don’t fix it.”

Without question, this mind-set has permeated many a C-suite over the years. However, tipping points do take place. In their book Jumping the Curve, Nicholas Imparato and Oren Harari write, “A primary lesson of history is that periodically, and often at the most inconvenient times, society needs to make a sharp break with old habits and deliberately learn new ways of behaving.”

You could write a book about that statement.

Now, one could hardly fault many CXOs for not immediately jumping into “the cloud.” The economy wasn’t great four years ago—and still isn’t today. Plus, early definitions of that amorphous term tended to engender confusion among senior executives, exacerbated in many cases by overeager industry analysts determined to put their own stamps on the term.

And then there were the early cloud blunders and dismissals, especially among existing powers-that-be. Microsoft nearly “killed the cloud” with T-Mobile in 2009. Earlier that same year, SAP faced a lawsuit in California stemming from a highly public system failure of its new cloud offering, a topic covered on this site more than three years ago. And let’s not forget Oracle, a company whose high-flying and bombastic CEO, Larry Ellison, mocked the cloud and companies flocking to it. (Of course, he’s singing a different tune now.)

This type of naysaying was understandable, since each company had a vested interest to maintain the status quo—i.e., to sell traditional on-premise hardware.

Only fairly recently did each of these massive enterprise software vendors get cloud religion, and not without a fair amount of kicking and screaming. At some point, things tipped. Cloud successes started to outnumber their failures. Perceived benefits began to outweigh their costs. Many CIOs started to hear more and more about the cloud. In fact, many were already and unknowingly using the cloud as consumers (read: Netflix, Amazon, Google, and Apple). Perhaps emboldened by nimble, cloud-native startups, more mid-sized and large organizations turned to the cloud.

So, where are we today?

The cloud is here to stay. To be sure, still quite a few organizations haven’t embraced it. Again, this is expected. There are always laggards with any new technology, particularly one as disruptive as cloud computing.

So, we’re out of the first inning but this game has a ways to go. Case in point: IBM is doubling down on the cloud. The company recently announced plans to deepen its commitment to cloud computing and expand its ecosystem.

If you think that cloud computing is going away, think again. We’re just getting started.

My new book The Nine: The Tectonic Forces Reshaping the Workplace arrives in a few months.

On ChatGPT, Duplicability, and Citizen Development

Thoughts on the AI tool that’s all the rage today.

What’s the Difference Between Low-code and No-code Tools?

A short video on essential definitions.

Why I specifically avoided a few key topics in the new book.