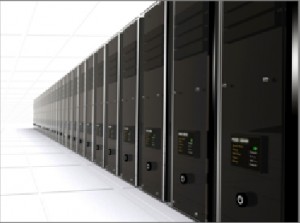 So, you’ve been reading all about emerging enterprise technologies. Maybe your organization has already modernized its applications, as many recently claim. You even went to a conference in which Enterprise 2.0 was all the rage. Your competition claims to be throwing all of its data and systems into the cloud. In this series of posts, I’ll discuss considerations for organizations that are beging to move beyond:

Consideration 1: Do your new technologies add, replace, or subtract from existing ones?

While the economy appears to be improving, we’re not out of the woods. Translation from a technology standpoint: any new initiative more than likely has come with a built-in cost justification.

Many organizations make a fundamental mistake when going in new technology directions: they tack additional applications and infrastructure on to existing ones. As a result, savings that look so promising during the RFP process never materializes.

Consider one of my clients. Emboldened by the promise of lower IT costs, near-constant access to data, and the desire to be doing something cutting edge, it began several cloud computing initiatives. The organization was far too big and complicated to do everything at once–without causing chaos. As a result, it started small with phased approach, cutting over a few applications at a time.

Fast forward to the end of the year. As IT looked at its budget for 2011, those supposed savings from cloud computing appeared to be missing for one simple reason: total IT costs in 2010 exceeded those in 2009. Why? Enabling certain applications in the cloud by working with new vendors and technologies were not line items on balance sheets in 2009. In effect, cloud-based applications just “added to” total IT costs and the CIO was mistakenly left with the impression that the savings for this exciting new technology were smoke and mirrors. The CIO put the kibosh on 2011 cloud computing endeavors.

Develop a long-term plan when embracing any new technology but know that that plan may well change. Rarely will savings be dramatic in one year at a large organization tied to long-term vendor contracts and ways of doing things. (Note, however, that “big bang” savings may in fact be difficult to achieve based upon company size. For example, many smaller companies can more easily embrace emerging technologies for a wide variety of reasons. In fact, I detail one such company–a law firm–in my new book, The New Small.)

This is post sponsored by the Enterprise CIO Forum and HP.