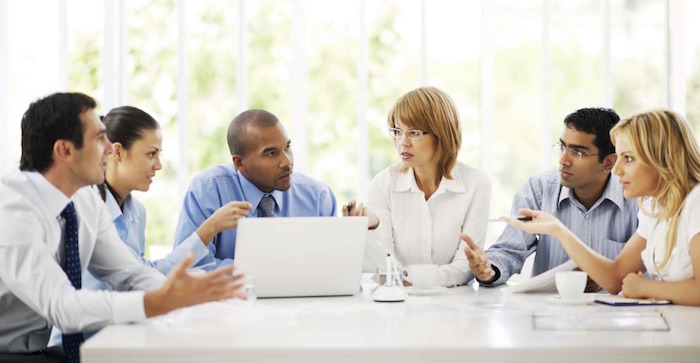 A while back, I attended an interactive one-day event with 40 other thought leaders. The agenda was fairly loose: We participated in a wide array of discussions on tech-related topics. These included Big Data, cloud computing, and “platforms” (never a precisely defined term these days).

While I agreed with much of what was said, some level of discord was inevitable. After all, what are the odds that so many folks from disparate backgrounds will concur with every comment made? It didn’t take long until I heard a few things that just didn’t make sense. In this post, I’ll focus on one attendee’s particularly objectionable lamentation: “Employees would be so much more productive if better tools existed.”

My response could be summed up in two words. No, not those two.

I jumped in as soon as that person finished talking with a few points that I’ll expand below.

The “no-tools” argument is wrong on so many levels, but I’ll focus on just a few here. First, there’s a little thing called reality. Long gone are the mid-90s when we relied upon e-mail and, to some extent, nascent knowledge bases and intranets. Sure, e-mail remains the killer app, but it doesn’t need to be that way. But don’t believe me.

Too many of us are lazy or unwilling to learn new ways of doing things.

In his latest book The Year Without Pants: WordPress.com and the Future of Work (affiliate link), Scott Berkun writes about how the 200 Automattic employees don’t use e-mail, opting instead for Skype, IRC, P2, and other collaboration tools. And I can name oodles more: DropBox, Asana, and screen-sharing tools like Join.me. Oh, and WiFi, LTE, smartphones, tablets, and apps allow us to be vastly more productive while away from the office. Brass tacks: Vastly superior collaboration tools exist relative to 15 years ago. It’s not even close.

Second, the fallacious argument completely ignores organizational culture and the human side of the equation. If you extend this line of thought to its logical extreme, employees are just waiting for that über-useful tool to come along. When it does, they’ll immediately adopt it in droves and become ten times more productive. They’ll unlearn bad habits and force IT departments to approve them.

Again, the history of technology suggests otherwise. There’s always an adoption curve. Is our general lack of collaboration a function of deficient technology or something else? I’d argue the latter. Aren’t many of us lazy or unwilling to learn new ways of doing things?

Simon Says: We are only stopping ourselves from increased productivity and collaboration.

Perhaps the advent of the Web coincided with a relative dearth of employee productivity tools but make no mistake: That hasn’t been true for a very long time. Don’t let anyone tell you otherwise. People who rely exclusively on e-mail do so out of habit, ignorance, and/or indolence. To them I say, “Open your eyes.” There’s a world of better, user-friendly, and free/inexpensive productivity tools out there.

For more on this, see New Tools, Same Problems on IT Projects.