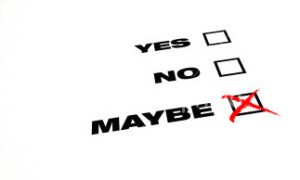 How much data do we need?

It’s question that I hear quite often, most recently after speaking to 100 chief executives in Atlantic City, NJ. At the end of my 45-minute talk, the CEO of an airplane parts manufacturer wanted to know what all of this “Big Data stuff” ultimately meant for him and his organization. As he asked his question, he explained that he was already able to predict “with about 90 percent accuracy” whether a given part would fail. Would analyzing different data sources really move his organization’s needle? Would the juice be worth the squeeze?

To be sure, these are reasonable queries. I’ll be the first to admit that it’s impossible to answer “How much is enough?” questions like these in a vacuum. As such, I responded with a few questions of my own:

Assessing the viability of potential improvements like these are meaningless without context. Economics is fundamentally the study of scarcity and foolish is the pundit, thought leader, speaker, or consultant who answers questions like these in absolute terms. For instance, if Google possessed unlimited funds, then it could buy every startup with a remote chance of success. Despite its immense coffers, even mighty Google has to make choices.

And it’s those bets and choices that make companies so interesting. The fact that Google plunked down $3B for Nest indicates that it’s betting heavily on the Internet of Things. Google could have spent that money on something else entirely–or just kept it in the bank. As Mahatma Gandhi famously said, “Actions express priorities.”

Ultimately, does Big Data matter for any given CXO? Which data will ultimately matter? And which will prove a fool’s errand? These are lofty questions with a maddeningly simple yet incomplete answer: It depends.

Does this smack of the traditional consultant’s response a bit? Sure, I’ll cop to that. That doesn’t mean, though, that equivocating here is the wrong move. It’s not. I understand the need for easy answers. When it comes to Big Data, however, they simply don’t exist. Doing it right is far easier said than done.