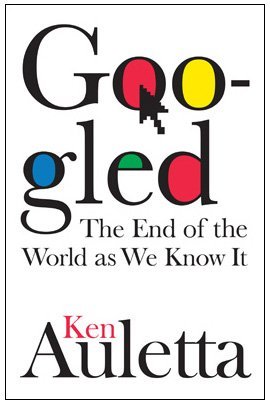 Midway through Ken Auletta’s Googled: The End of the World As We Know It, I found myself fascinated reading about a meeting at the eponymous company. Now, I’m not big on participating in meetings, much less reading about them. But this meeting was different.

Company co-founders Larry Page and Sergey Brin were becoming increasingly frustrated with the tenor of a meeting with engineering VP Sridhar Ramaswamy about the latter’s proposed recommendations to improve AdWords. Google’s first incarnation of AdWords (version 1.0, launched in 2002) provided enormous revenue but many parts of the program had remained clunky–by Google’s lofty standards at least.  Auletta writes:

“I named this 3.0 for a reason,” Page interjected. “We wanted something big. Instead, you (Ramaswamy) proposed something small.  Why are you so resistant?”

Ultimately, Page and Brin push Ramaswamy and his team to overcome their hesitations to radically upgrading AdWords, forcing them to be as bold as possible. You see, at Google, marginal improvements are not acceptable. In a phrase, that sums up Google–the company and the culture.

Fundamental Questions about Where We are Headed

Is there overlap here with other books, such as Planet Google?  Of course.  How can there not be? However, if there’s one thing that distinguishes the two books, it’s that Auletta is not merely content to tell the obligatory tale about how two grad students at Stanford met and ultimately redefined search. No, Auletta’s excellent book is as much about the company as it as about content in the Internet age and the fundamental questions that Google is making us ask, such as:

Auletta’s eleven week-long trips to Google and access to key current and former employees pays enormous dividends. Even elusive insiders such as Bill “The Coach” Campbell chime in with their thoughts about very sensitive internal matters.

Ultimately, Googled is not just about Google. Consider the book’s apropos subtitle. It’s a profound book about an amazing company but also about its enormous implications for the present and future. In this sense, Googled is redolent of Chris Anderson’s two books–Free and The Long Tail.

If you’re merely looking for a short, simple story of how Google became so big, then you might want to pass on Googled. If you’re up for a book that challenges core assumptions held by so many and asks troubling questions about all things digital, then dive in. You won’t be disappointed. I promise.