Does your work hold up? 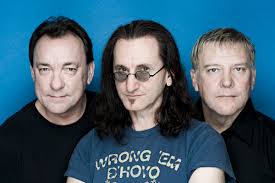 At the end of The Fountainhead

(affiliate link), protagonist Howard Roark wins. Years of anonymity and derision give way to tremendous success. The architect’s work is finally recognized for its sheer brilliance. The lesser works of other architects are dismissed as mediocre or worse.

But here’s the rub: Roark never cared about commercial success or recognition. He did the work that he wanted to do—no, that he had to do. He was unwilling to compromise his artistic vision to the point at which he nearly starved to death and had to work in a quarry to provide for himself. He would rather do that than design anodyne buildings.

Due to the relative commercial failure of their previous album, Caress of Steel, the record label is said to have pressured the band not to do another album with “concept” songs. Caress of Steel contains two multi-part epics: the 12-minute “The Necromancer” (side one) and the side-long epic “The Fountain of Lamneth” (side two).

By their own recollection, the band stuck to its principles and recorded what would become its first commercial success, and ultimately a signature record. 2112 was released in March 1976 and landed on the Billboard Hot 100 album chart, becoming their first album to reach the Billboard Top 100. 2112 would eventually be certified Gold on November 16, 1977.

The Fountainhead was written in 1943. Yes, it’s fiction but this lesson still holds true today. It’s as important as ever.

You can’t control how many books or albums or pictures you sell. However, you can control how you feel about your work.