When Now Becomes If

What happened to right now? 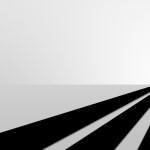 A few months ago, Phil Gerbyshak of 800 CEO Read contacted me about stocking The Age of the Platform. The whole thing went down in a few minutes. A couple of Phils hit it off immediately and the book had its on web page on 800 CEO Read within minutes of hanging up.

Here’s a part of that brief but action-filled conversation:

“Can I put up the book trailer?”, I asked, sending him the code.

“Sure”, says the other Phil, probably receiving the email and pasting the code into the web page as we spoke.

Five minutes later. The video was on the page.

How fun is it to work with people like that?

Contrast that with the following story. A few years ago, an organization contacted me about doing something “now.” I get some things together and move my schedule around to accomodate a quick phone call. Turns out that my contact grossly overstated things and made some pretty big judgment errors. So now became if.

My enthusiasm vanished and I didn’t want to work with that organization again. That person’s credibility: shot.

If you expect a rapid response from a client, vendor, employee, or potential partner, then honor your commitments–or don’t make them in the first place.